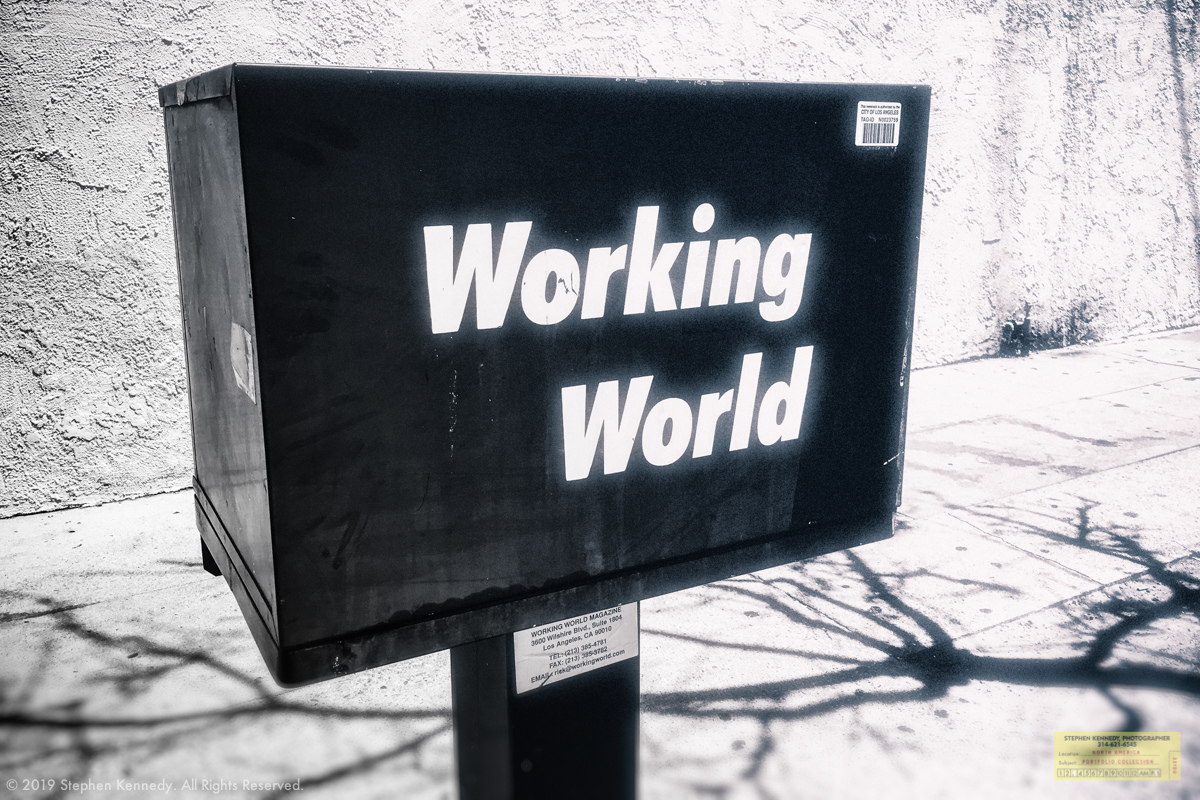 It’s a tough marketplace for the printed word right now.

If you can find a newspaper box, it’s probably filled with cobwebs instead of inked newsprint. Advertising revenue for all but the biggest titles won’t support “dead tree” distribution.

Even “free” newspapers and magazines that used to litter every big city corner are practically extinct.

It looks like Working World is another casualty of this paradigm shift. I wonder who will miss them. Probably not their readers who seemed to have moved on.

All that’s left is a reminder in the form of a broken box stuffed with trash.

This strange relic of the past on Ventura Boulevard in Studio City seems ready for its next life.

Made By Hand
Scroll to top