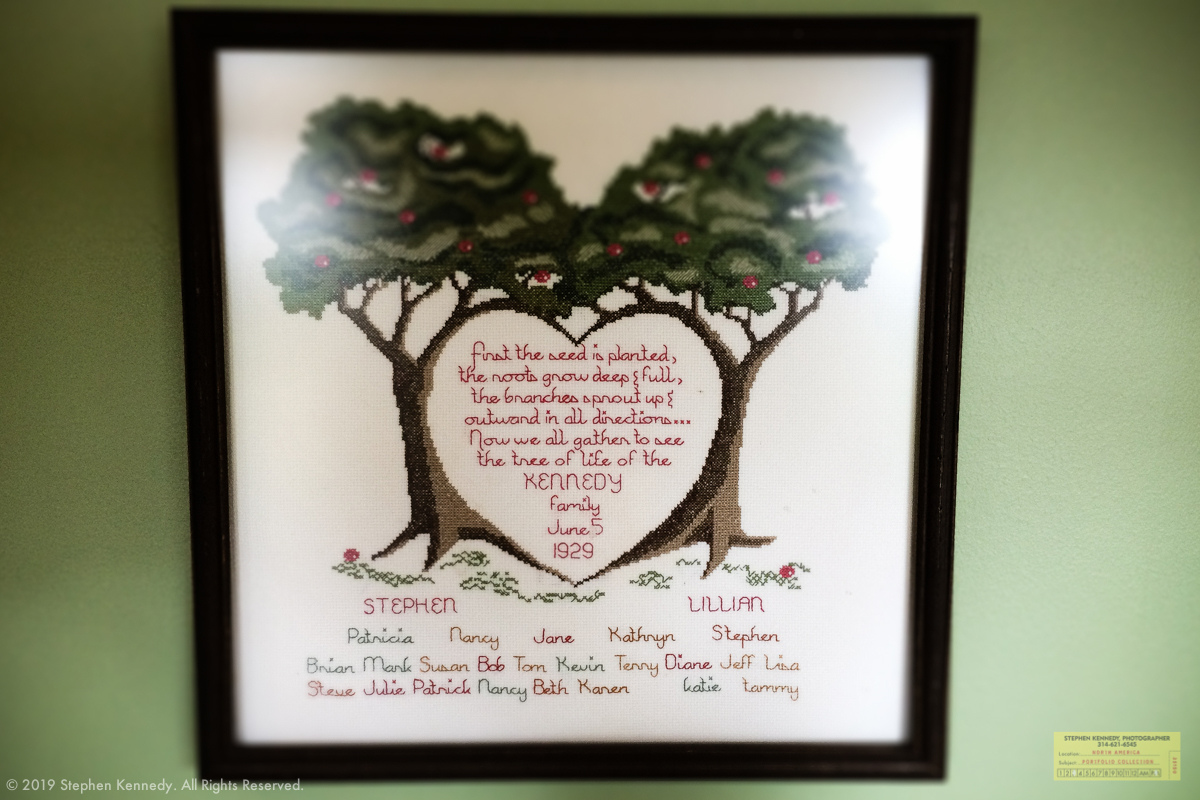 It was ninety years ago today that my grandparents, Stephen and Lillian Kennedy, were heading into their third month of marriage. The abridged story of their life is told in this tapestry that my Aunt Pat created decades ago.

By the time I came into the world more than 35 years later, they had lived a lot of life. Events like the Depression, the birth of six children and the loss of a newborn baby were just a few of the points on the timeline. Along the way, things like television came into existence as did jet travel.

In addition to raising five children, there were sixteen grandchildren that passed through the house with regularity. One kid, in particular, spent a lot of time there. Maybe more than any other Kennedy grandchild.

That kid was me.

I’m not saying that I was the favorite, but I was the only grandson named Stephen.

My grandmother would never admit to any favoritism but I know that she was very pleased that we named our first child Lillian after her.

90 years ago when Lillian Howard became Lillian Kennedy she probably never imagined that her life would be as long and as rich as it turned out to be. She even got to meet the little girl who would grow into the young woman who is an equally remarkable Lillian Kennedy.