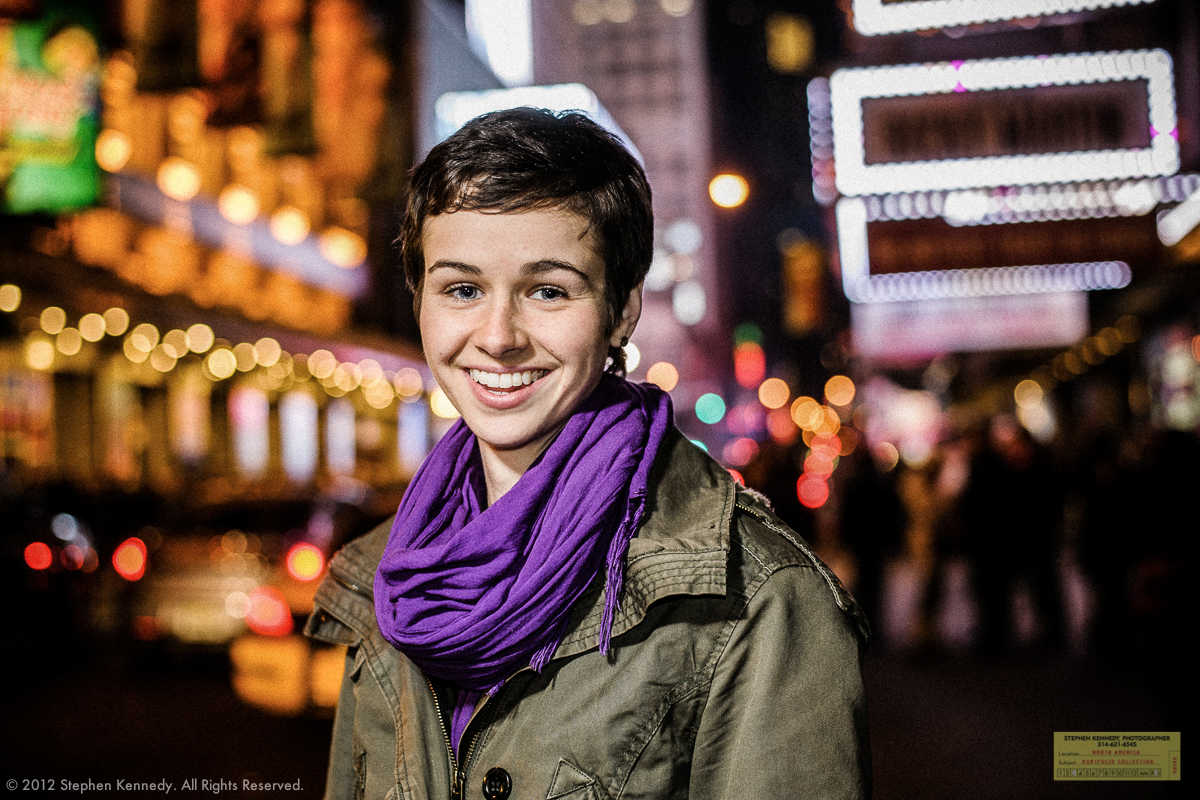 As a kid, there were low wattage devices in various rooms called night lights. They helped avoid stubbed toes during the occasional sleep hour bathroom sojourns.

There’s another kind of night light that I could have never imagined at a young age. I’m talking about a section of a city that is never dark. Times Square after sundown can appear to be just as bright as daytime.

I was almost thirty the first time I saw it in all its glory. Even today, I was struck by the luminosity of the place.

Even the streets adjacent to the famous crossroads are miracles of light.

This portrait session started in Times Square, but the look and feel I wanted to capture was better suited to a slightly dimmer environment between Seventh and Eighth Avenues.