Nexus of the Library 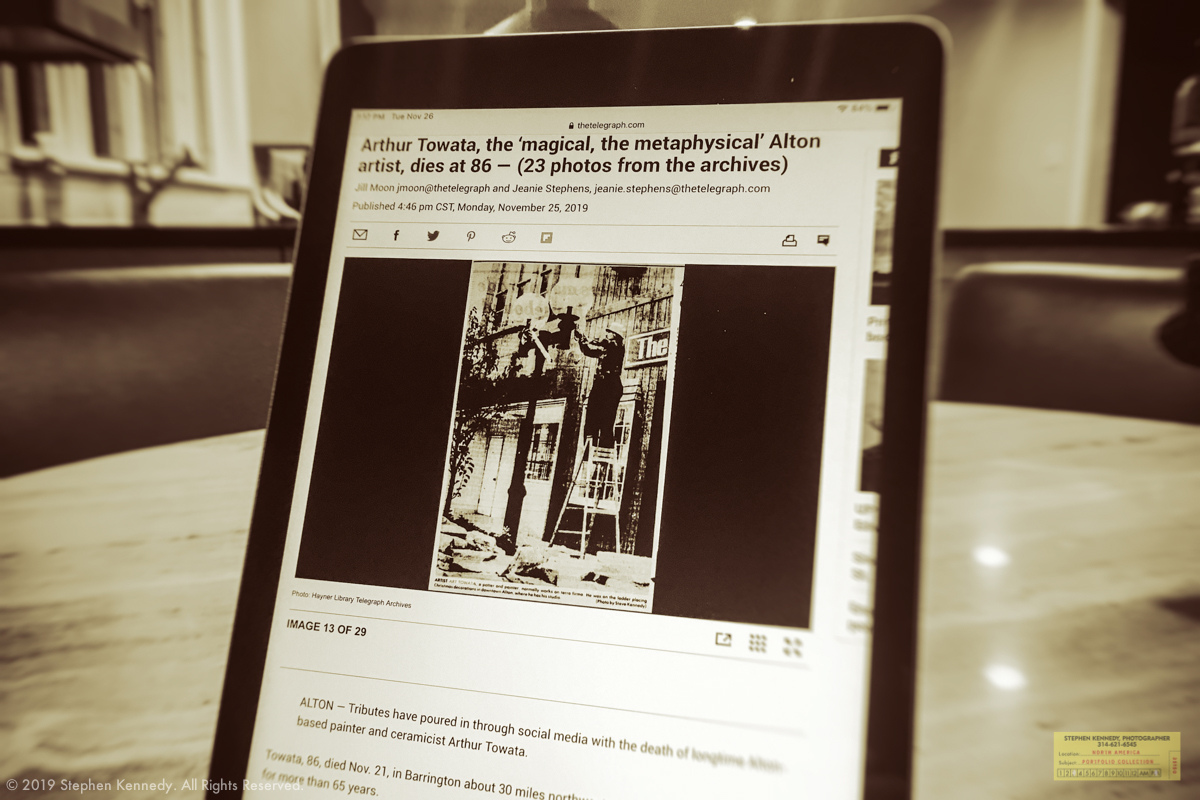 I’m not much for following the news. That might sound odd for someone with a journalism degree but what passes for news today doesn’t interest me.

The exception to this flimsy rule is that I still check in on newspapers that once employed me. The Alton Telegraph being the top dog of a very diminished lot. It’s the newspaper of record for its namesake Illinois city.

When I was a teen, I spent a lot of time in downtown Alton in three specific places. Marquette Catholic high school was the spot for my formal education. Hayner Public Library was my employer for hourly work. The Alton Telegraph was where I learned everything important about life and photography.

During the school year, my dad would drop me at the newspaper early on weekday mornings. I’d work in the darkroom until 8:30 a.m. and then run up the hill to school. At 2:00 p.m. when school ended, I’d run down the hill to the library for my daily shift. At 5:00 p.m. any available parent would pick me and haul me home. After dinner, I’d shoot evening assignments that I begged or cadged from the Telegraph’s chief photographer.

I had this dream schedule for two years.

The Telegraph was a pillar of the community and a money-maker in a way that only a media monopoly could be. I would have assumed that the sun would never set on this paper or on the industry as a whole.

As it turned out, Hayner Library was the innovator. It expanded and prospered while The Telegraph shriveled to near irrelevance.

Just yesterday I discovered that when The Telegraph moved out of their original building last year, somehow their library of clips and data made its way to the custody of Hayner Library. This is fortuitous because many dying newspapers have simply pitched their archives.

My discovery came about as I read the obituary of a noted Alton artist who had passed away after a stellar career. As I scrolled through the web gallery on my iPad, I noticed that the article included a photograph that I had taken in 1982. Imagine my surprise when I saw that I was sharing the credit with the library.

The deceased, Arthur Towata, had a studio and gallery located just 30 paces from the front door of the library.

It’s a little strange and also fascinating that so many paths seem to start and finish at the library.

Bundled Up
Scroll to top