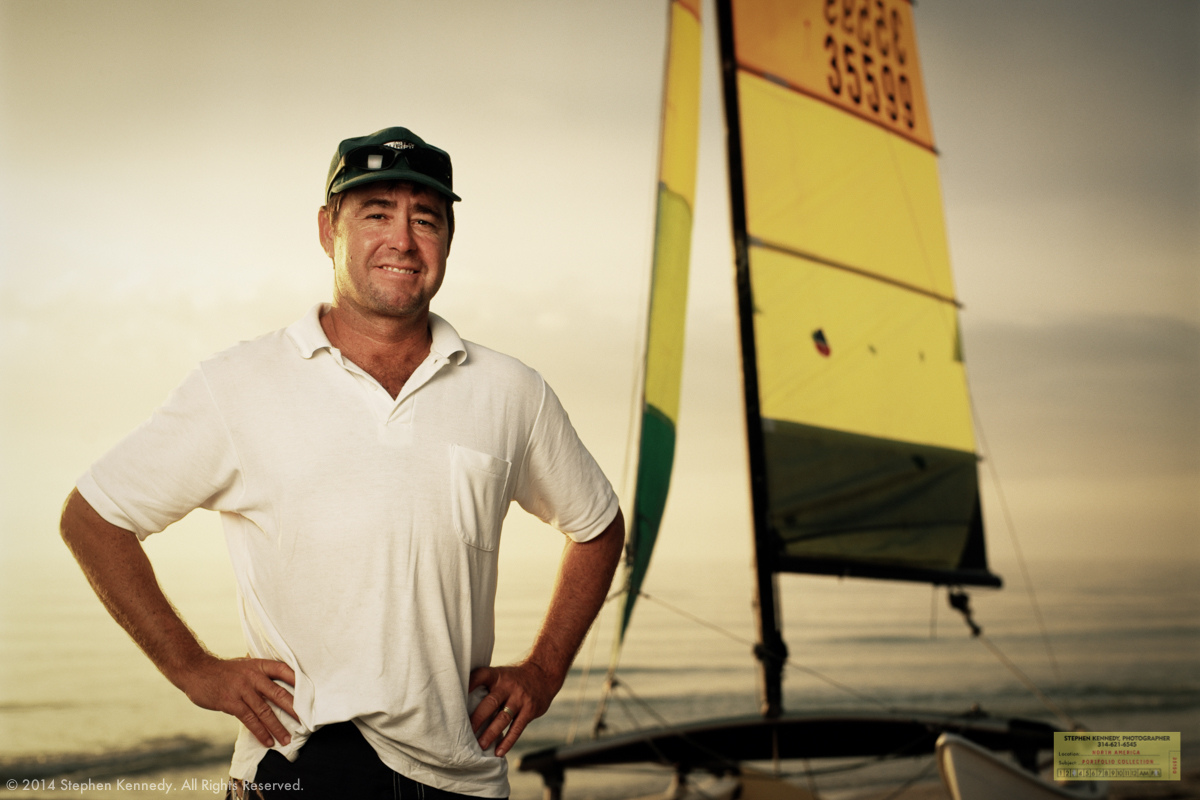 While my friends and family in St. Louis suffered through four days of subzero weather this week, I was wearing shorts in San Diego, Los Angeles, and Phoenix.

I was lucky to be spared that misery. Frankly, I don’t know how many more winters I am willing to tolerate.

As I was making my way back to St. Louis I remembered a guy named Mark that I met on an ad shoot a few years ago in St. Pete Beach, Florida.

Mark rented me a sunfish sailboat as a prop and was kind enough to be a stand-in for the subject who had a limited window of time.

The session went according to plan and everyone left the set quite pleased with the results. I was in no particular hurry so I hung out to watch the sunset and chat with the beach man.

I assumed Mark was a native Floridian. It turned out that he was from Wisconsin and came to St. Pete Beach during the middle of a bad winter when he was 26 years old.

His plan was to get away for a week of vacation. By the end of the week, he decided that he was staying and never going back to Wisconsin.

He’s been a Florida resident since making that decision.

You Made It!
Scroll to top