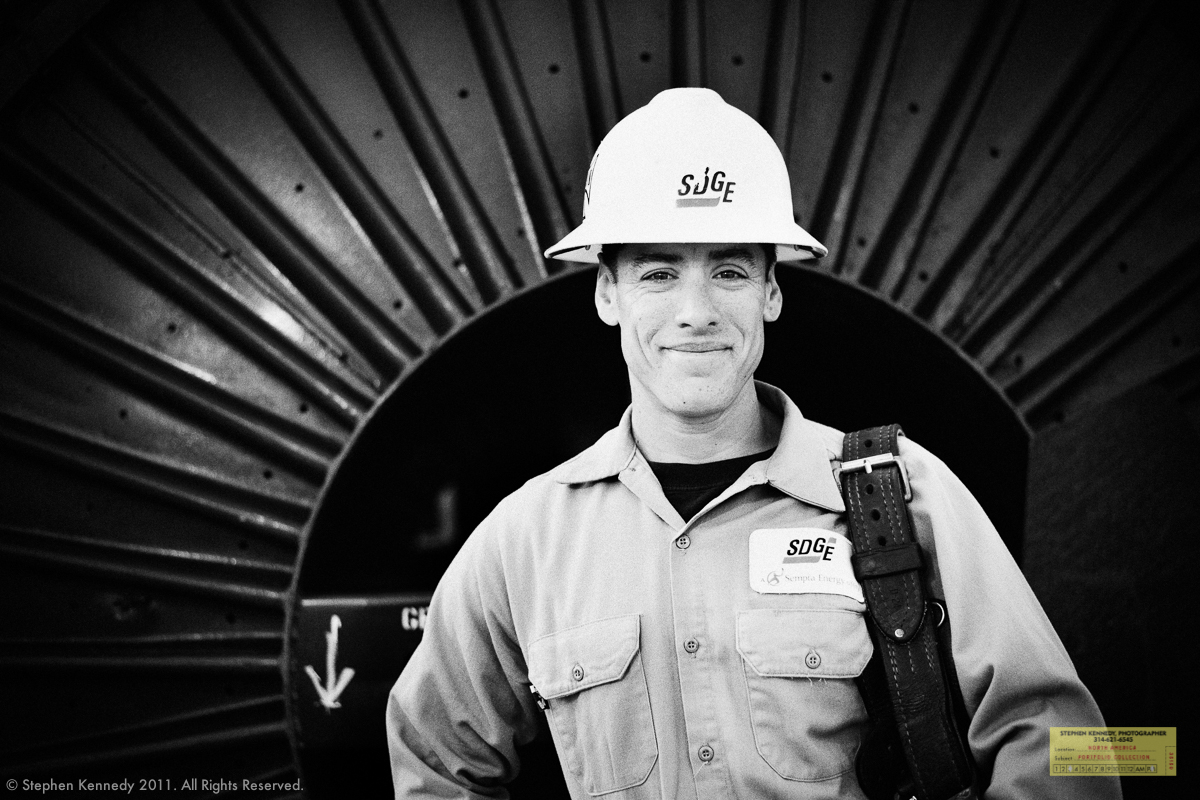 Yesterday was the day that I really needed every single appliance in my kitchen to operate flawlessly for our national holiday of giving thanks.

Luckily, everything worked as planned. It almost always does, though there’s a great family story dating back to the 1970s about the time my mom’s oven gave out on Thanksgiving day after everything was cooked except the rolls.

As time has passed, this story has turned out to be more delicious than any bake-at-home bread.

That was a minor malfunction. Sometimes there are major malfunctions and everyone’s electricity is offline. That’s when we go from modernity to what we think of as the stone age in a split second.

More often than not, to fix the electricity or water, someone like this guy has to climb a pole or dig a big hole.

Luckily for the folks around San Diego, there’s a small army of trained people who can get the lights back on as soon as humanly possible.

I’ve been thinking about gratitude today on a very big scale as well as times when it takes place on a micro scale. Specifically, when someone like this returned my life to modernity after the lights went out.