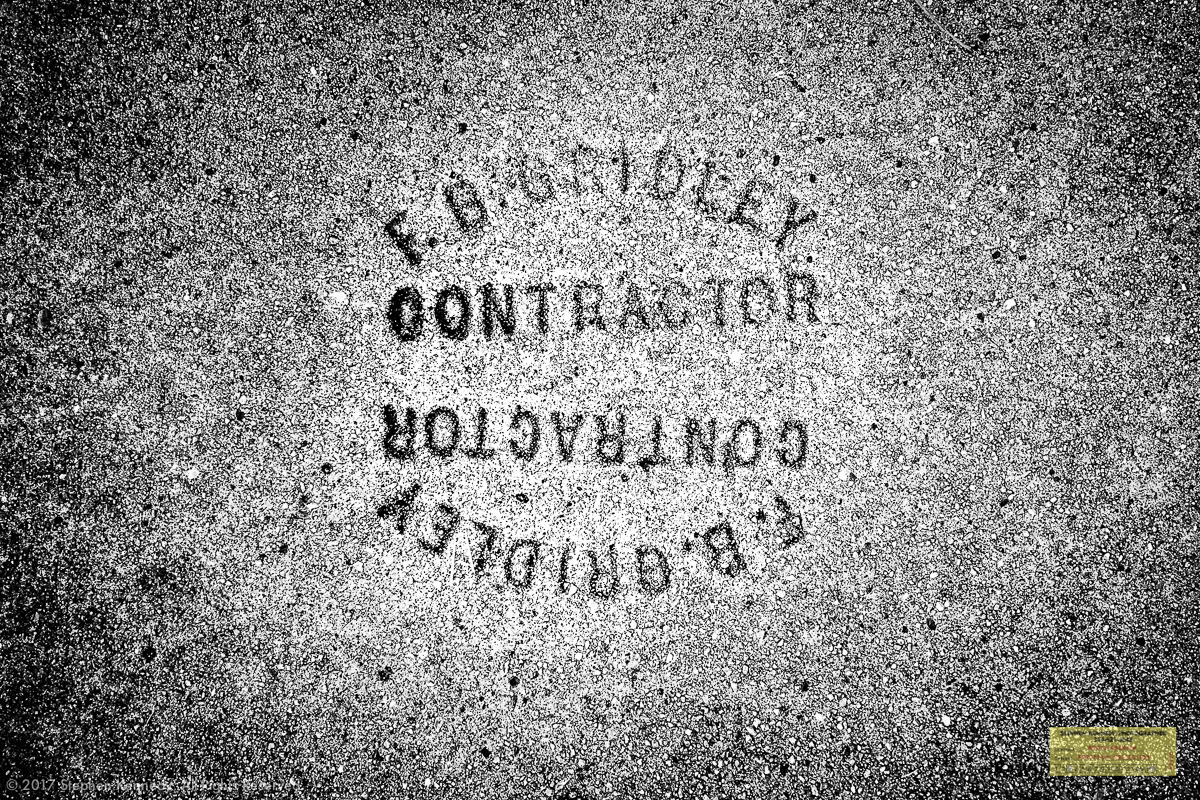 It’s not uncommon for artists to sign their work. This is a good thing. It tells the world who made the art.

It is far less common for tradesmen to do the same, though most tradesmen I know take the same pride in their work as I do.

Of course, there’s a balance to strike between a signature and a blatant advertisement, especially in the area of public works.

This particular work, a sidewalk in Burbank, was conspicuously signed but almost certainly on a day many decades ago.

An online search didn’t offer any results for a current company named F. B. Grindley. I did find one reference to an early 20th-century contractor that might be the same one. If that’s the case, the sidewalk might be more than eighty years old.

Too bad F. B. Grindley isn’t around to accept my admiration for a very nice sidewalk that is still working as intended decades after its creation.