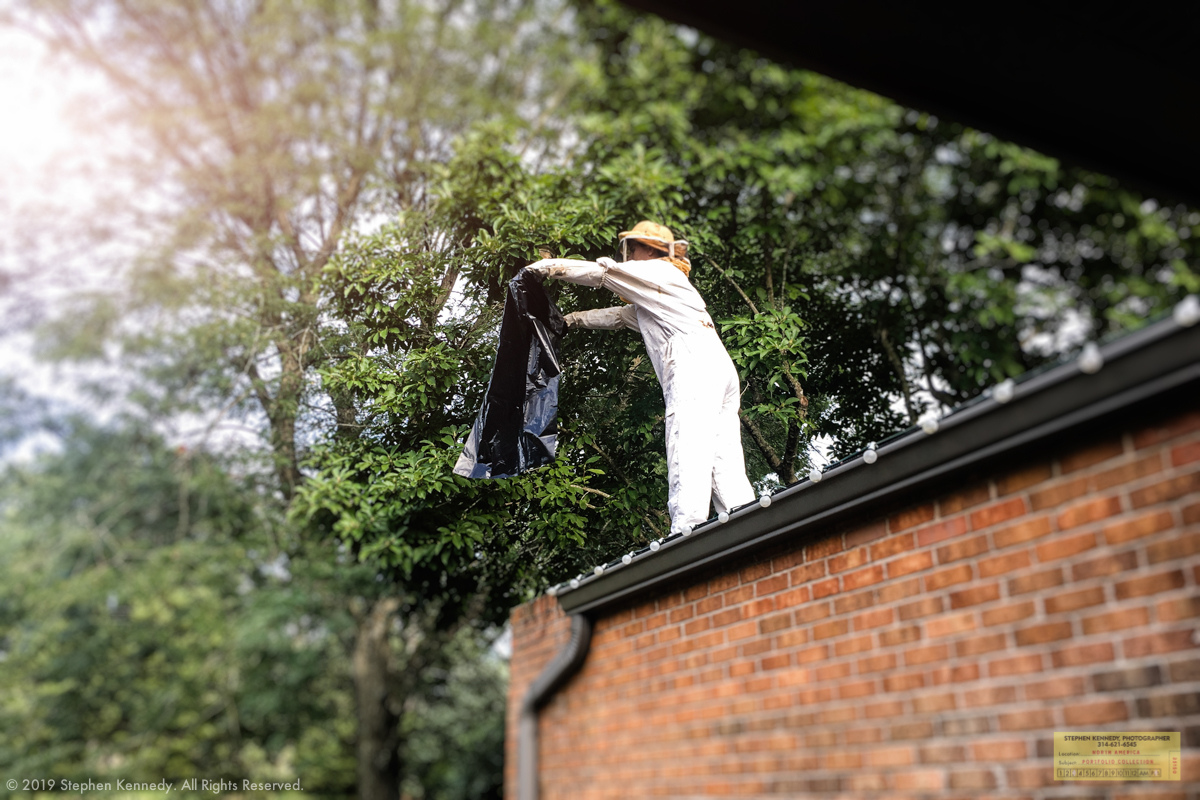 Yesterday as I was getting ready to enjoy a well-deserved al fresco coffee break, I noticed a dozen lifeless hornets on my concrete patio deck.

After looking around, I finally looked way up. That’s when I saw a nest the size of a ripe cantaloupe swarmed by hornets. I knew that something needed to be done immediately. The question was, how would I get rid of it.

Google dished up quite a few DIY videos about how to remove a hornet’s nest. The first video looked interesting. In fact, the narrator started with a description of a hornet’s stinger. His breathless comparison of a stinger to a tiny sword wielded by an expert fencer flooded my brain with a cascade of loss aversion hormones.

I closed the video and called an exterminator.

Two hours later an earnest-looking young man arrived and set about to remove the hazard. As he suited up, I told him that I’d be right there next to him as he worked.

He told me that it wasn’t necessary for me to join him on the roof but he did have another coverall in the truck that might fit if I wanted to watch and learn.

I put my hand on his shoulder and said, “Son, I’ll be up there with you in spirit as I watch and learn through the patio glass.”

Twenty minutes later he departed with the nest wrapped up in a bag and $150 in his bank account.

What Up, Dog?
Scroll to top