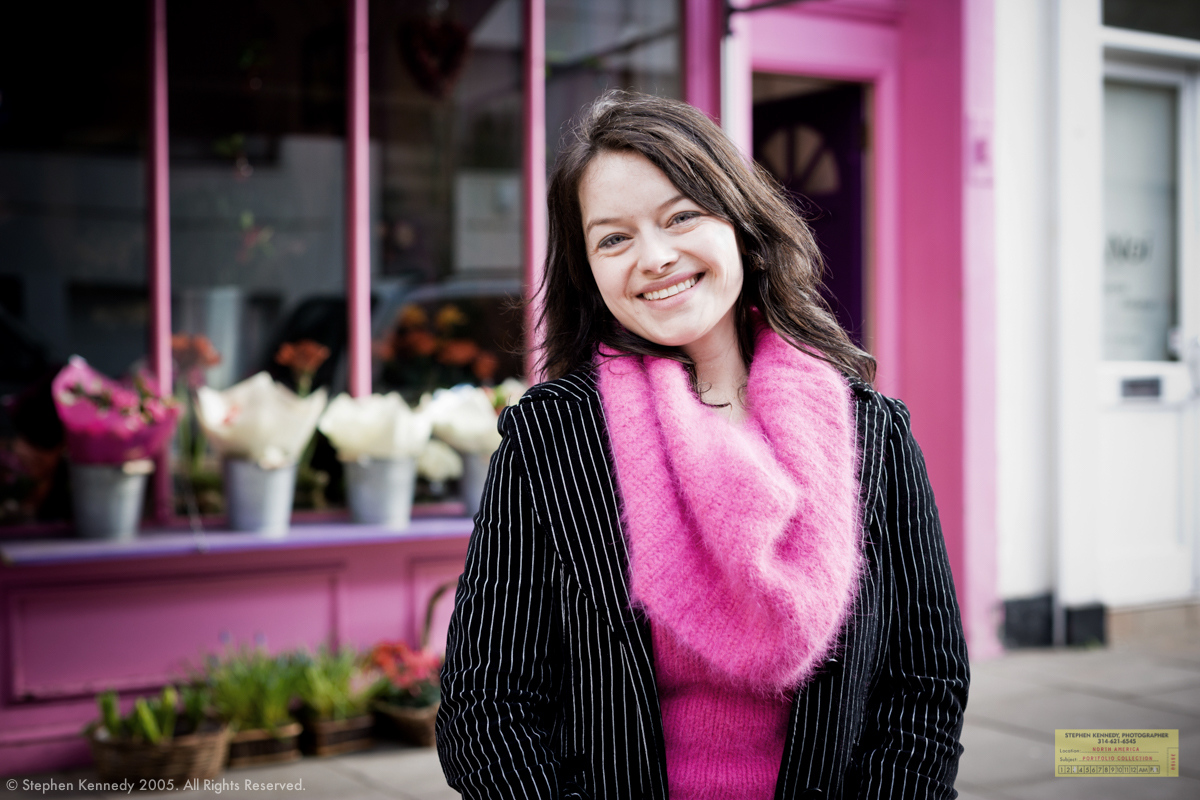 I touched down in London today for the ninth time in my life.

The first time was in 1982 when I was on a British Caledonian jet full of bleary-eyed students landing at Gatwick Airport. We gathered our bags and went directly to a sightseeing bus tour that would have cured anyone’s insomnia. After being reprimanded by our tour guide for dozing, we were fed a heavy meal and taken to see an experimental performance of Othello. Or so I was told since I either missed the bus or slept through the performance.

Eventually, I saw all the London sights that I missed the first time around. And then some.

Now I’m happy to just immerse myself in the flow of the city and spend time with friends.

When I’m really lucky, I’ll make time for a street portrait or two. This one of Sarah, taken near Notting Hill Gate, was a particularly memorable session.

She arrived with an unorthodox wardrobe selection in a very heavy case. I had a look through it all and told her that the pink sweater she was already wearing felt just right to me.

Ten minutes later, we walked by a flower shop that was painted to match Sarah’s outfit.

It was a quintessential “look right” moment that could only happen in London.

That Bastard
Scroll to top