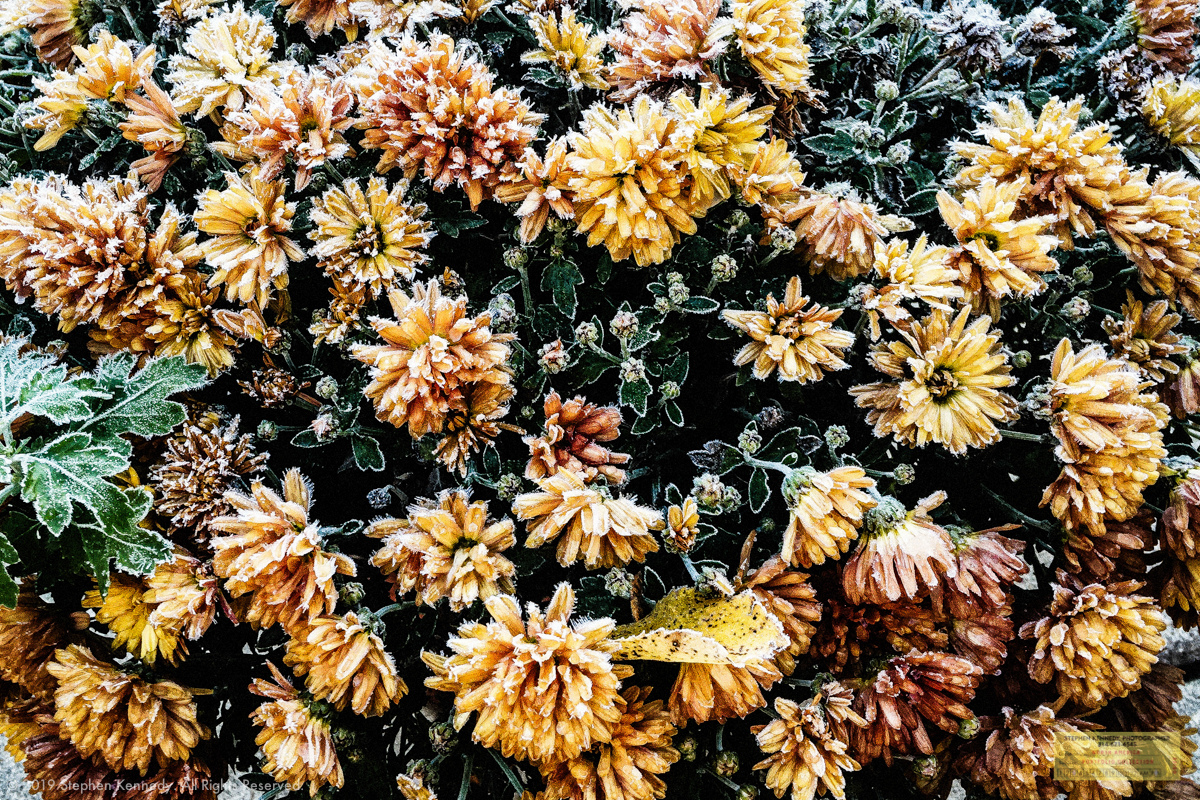 Autumn finally kicked into high gear where I live. The season’s color is at its peak.

It’s hard not to be impressed by the dramatic change from monotone greens to a variety of crimsons, yellows, and browns.

The three euonymus in my back yard are currently true to their common name of “burning bush.” My half dozen Japanese maples are nearly as fiery.

It’s a real treat at the moment, though the change from warm to cold and light to dark is barreling down. As I write this, I’m about to shift my clock backward giving me less daylight when I really need it in the afternoon.

Just two days ago the first frost of the season appeared. These chrysanthemums were the first casualty of the cold. Of course, nobody buys mums with an eye toward longevity. Even in their decay, the frost has given them a new look.

It won’t be long until they’re gone. I guess you can say that about almost anything.