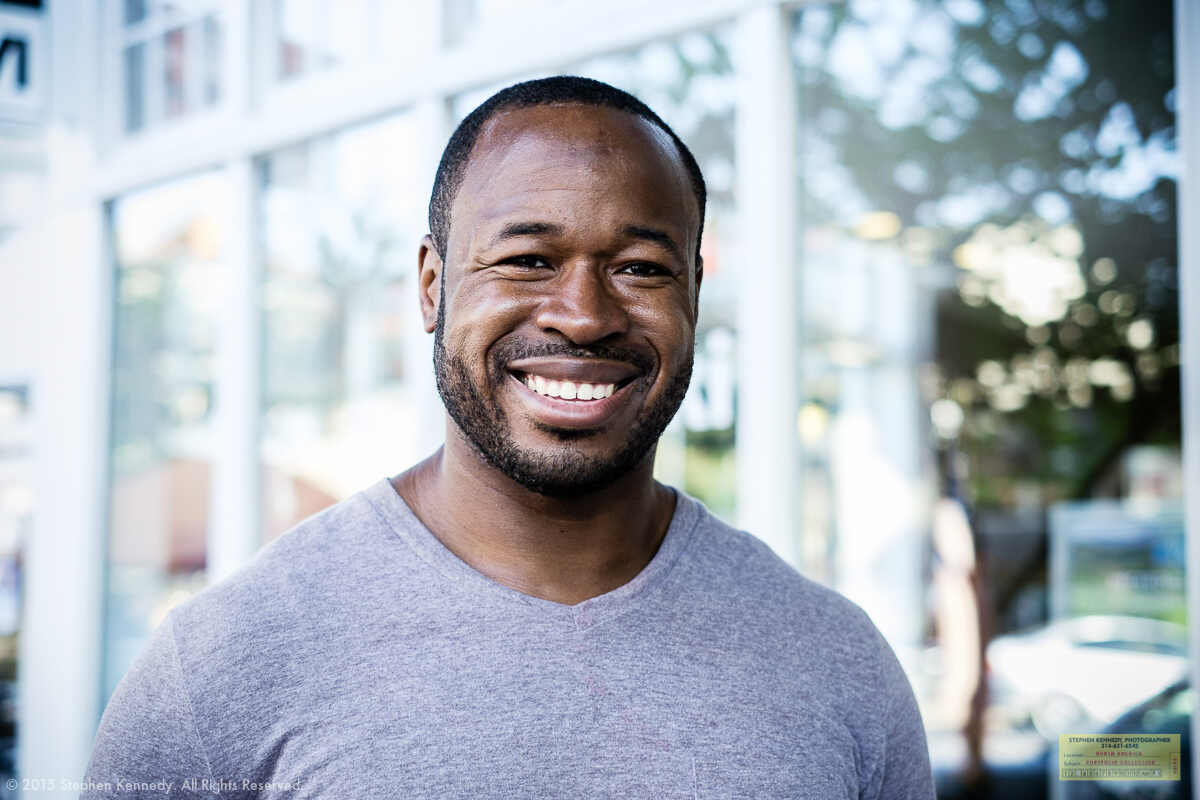 Do you feel like you’re getting away with something when you walk out of the library without paying?

I hope so because that’s how it’s supposed to work.

Thanks to a centuries-old tradition of lending books, we have a system in place for sharing knowledge.

Books aren’t the only things loaned there. When I worked at my town’s library as a teenager, my job was to shelve and organize vinyl records, newspapers and magazines. Now computers and wifi hotspots can be checked out. With ebooks and audiobooks, it’s possible to get what you want without ever leaving home.

In the spirit of borrowing, I met this subject in front of a new St. Louis Public Library branch. The plan was to wander the neighborhood, stopping occasionally to capture a few portrait frames here and there.

However, the library setting was so compelling that we never departed. When it was over, I left the location as I had found it so that the next patron could enjoy it as much as I did.

Above the Fray
Scroll to top