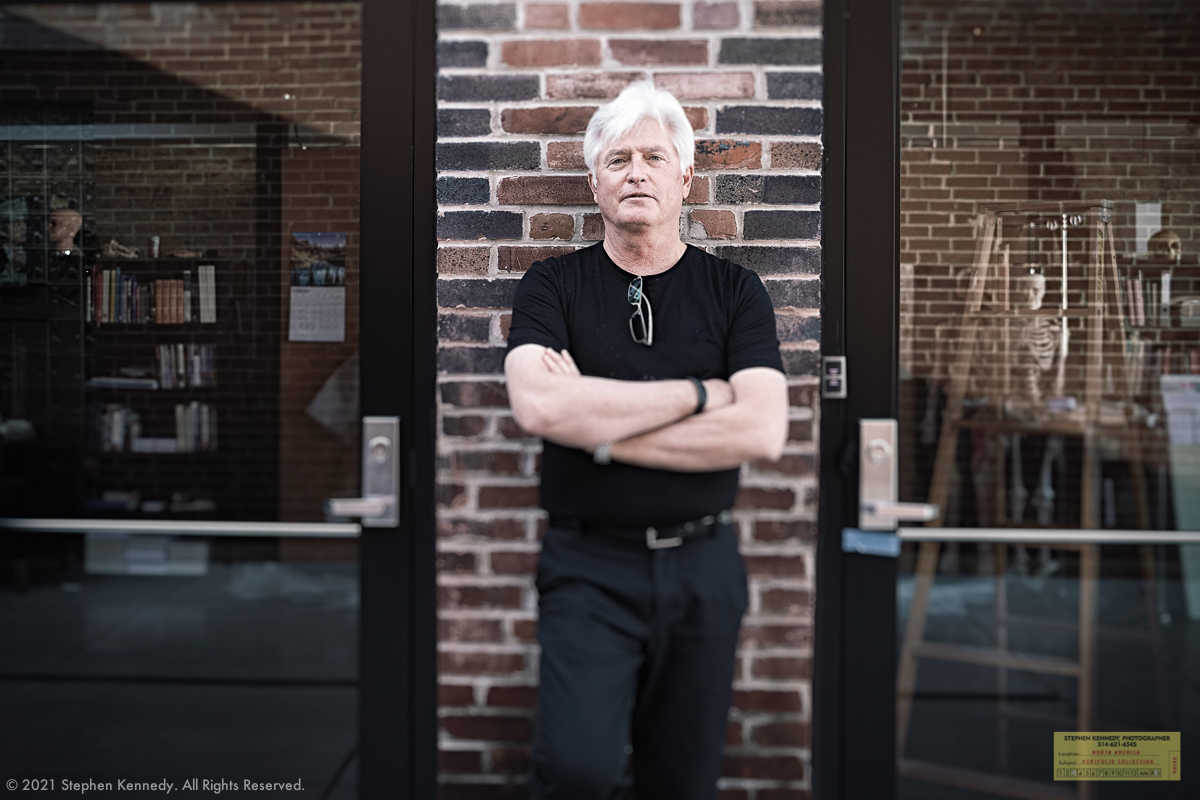 Segments, sections, and zones. All of those words can apply to certain kinds of photographic compositions.

If there’s one way of looking that I use the most, it would be the “rule of thirds” in which the frame gets sliced into three equal parts.

It’s an approach that exists somewhere between unconscious and deliberate. I’ve done it so long that it’s second nature.

This portrait, taken in Midtown St. Louis, is a strange departure on my unwritten rule. I try to avoid letting the environment outshine the subject.

In this case, bringing the outside in and the inside out was my attempt to reveal a little more context about the space this man inhabits.

He’s the center of the portrait, but right and left add a little something extra to the mix.