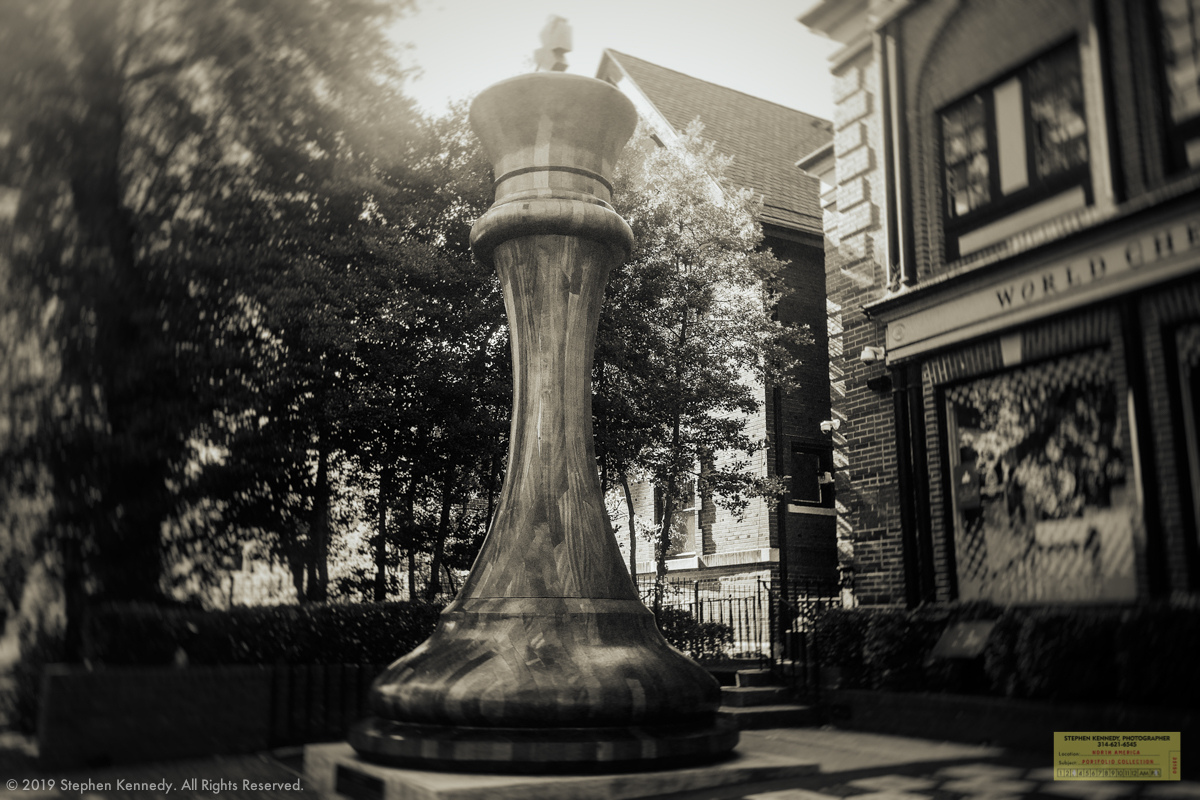 This giant game piece in the Central West End of St. Louis marks the entrance to a billionaire’s bauble. It’s a shrine to a board game that glorifies the greater good of the royal elite at any cost.

I don’t have anything against games. In fact, I’m a big fan of Uno and 9-ball.

I’m just a little sad that what is there now isn’t what once was. This building was previously used for the creation of art.

It was a notable photo studio that was founded in the late 1800s. Four generations of the Schweig family spent their careers creating beautiful photographs here. I met Martin Schweig Jr. in this very spot in 1986. He was a third-generation photographer and probably the most prolific of them all.

Everything has its time and that atelier lasted for more than a century. The reality is that a studio is a poor use of expensive real estate.

As any billionaire knows, you can’t outrun economics. Then again, every artist knows that you don’t have to be a king’s pawn if you don’t play his game.