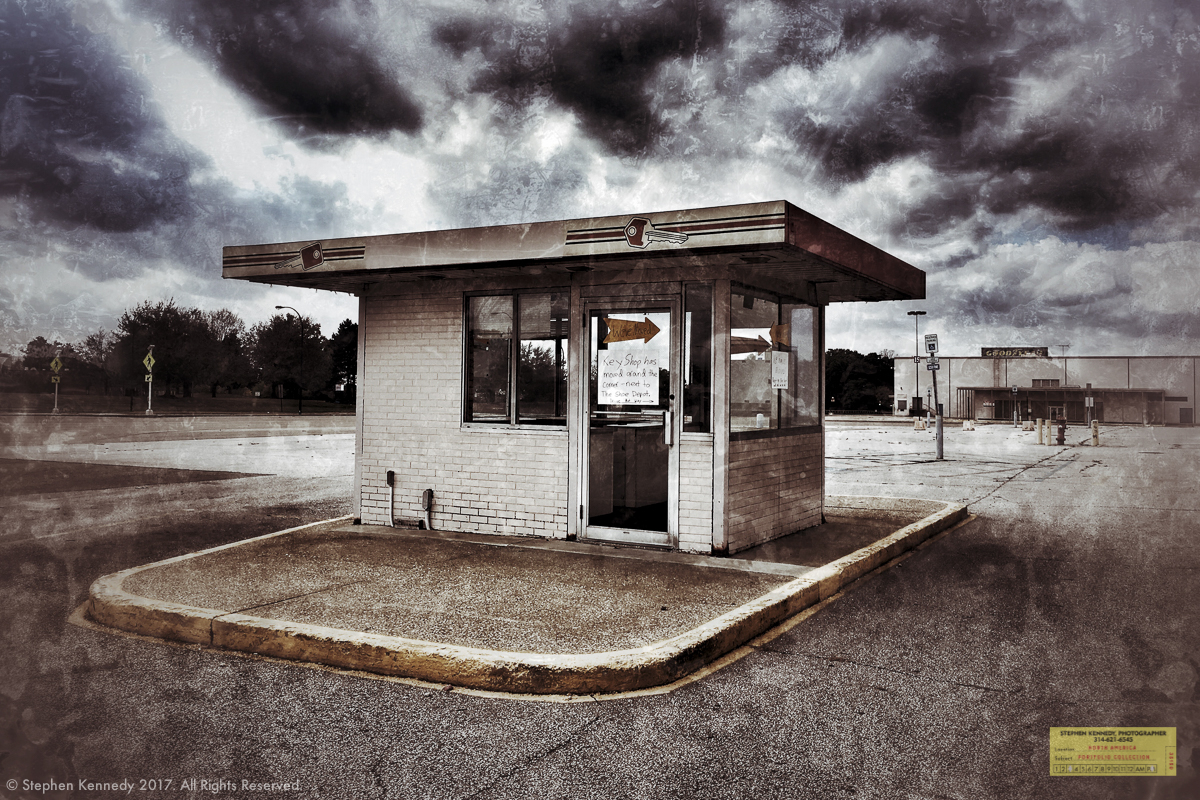 This building represented pure innovation when it was built in 1967. It was an enhancement to an established process that we take for granted today.

Back before everyone had a pro camera in their pocket in the form of a smart phone, pictures were created with bulky manual cameras that required film. To make things even more complicated, after the pictures were created the film had to be processed and then printed in an industrial photo lab at great expense and with an interminable wait.

This little building was called a Fotomat and it was a drop-off point for getting your film developed. Customers would drop it with the poor human who worked inside and repeat the process to get the finished results in a couple of days. Of course the time interval sounds absurd today.

These huts were disrupted and made obsolete in the late 70’s when industrial photo labs were miniaturized to a point that they could fit inside of a retail store. The turn around time went from days to just 45 minutes, though the concept of “One Hour Photo” had a better ring than “Probably Just 45 Minutes.”

I don’t have any nostalgia for film or the darkroom. Nor do I ever want to go back to a time without instant gratification of art and craft of photography. But there is a lesson here that today’s innovation will probably be tomorrow’s ruin.

As a commercial artist you can bypass this cycle by just satisfying the needs of your clients in the moment. Just keep doing that and you’ll be fine.

It’s interesting to see that this building had at least one more life as a key shop. But even keys as we know them today are in the midst of their own technological disruption and evolution.