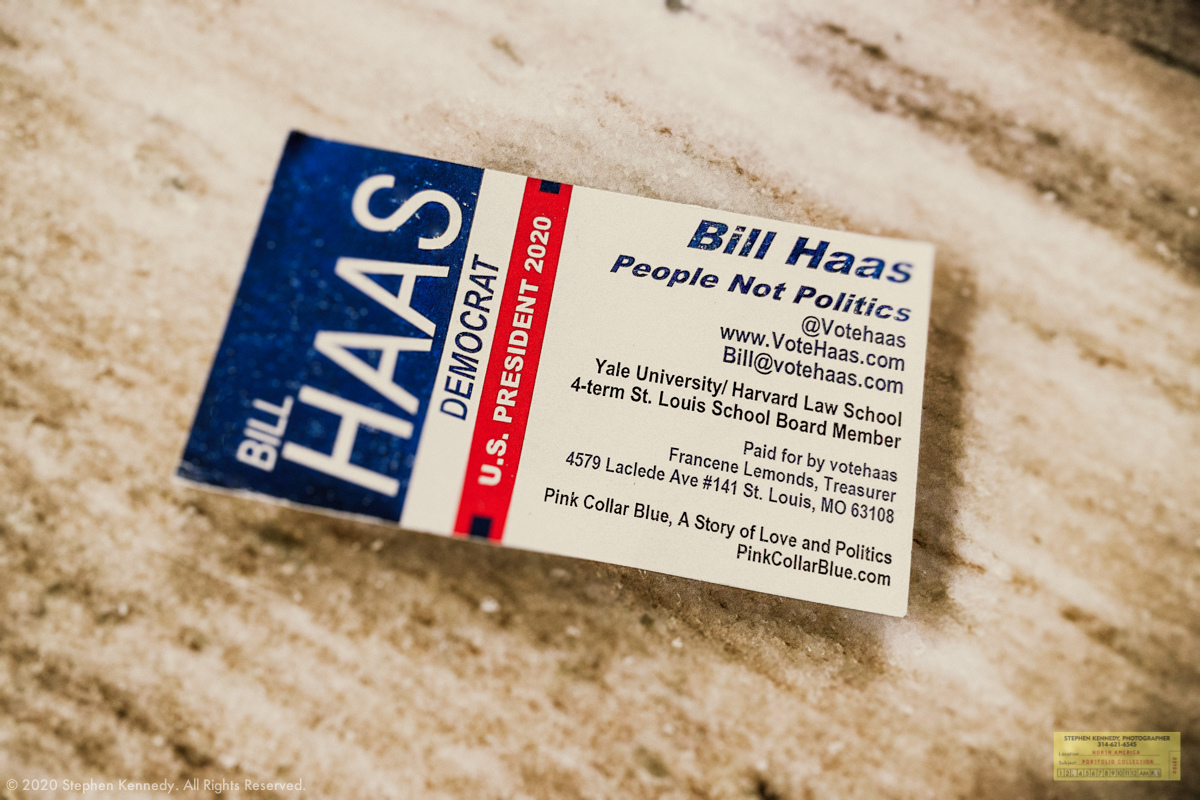 Up until yesterday, I had not sought nor been offered a full-time job since 1986. I haven’t been anyone’s employee since 1988, which has suited me quite nicely.

Today that streak was broken, sort of. A fellow that I met today offered me a staff position that’s contingent on one little thing.

The job is one that some other notable photographers have held. Guys like David Hume Kennerly and Pete Souza. They were both official White House photographers. Kennerly for Ford and Souza for both Reagan and Obama.

That one little thing that needs to get sorted out is that my future employer, Bill Haas, needs to be elected as the 46th President of the United States.

If you’re wondering how this came about I can tell you that it’s simply great timing with a bit of luck. Mr. Haas and I are both members of the JCC in St. Louis. We fell into conversation today in the locker room. There’s something about a locker room that makes it pretty easy to get a full measure of the man with whom you’re conversing.

Long story short, if he gets elected I’ll be working in Washington this time next year. I don’t know much about politics other than you can’t win if you don’t run.

That means I admire anyone who steps into the ring and I have little time for the critics on the sidelines.

To be clear, this is not my first brush with a presidential candidate. I’ve been in the same room with and adjacent to a few. Walter Mondale in 1984 (press gaggle), Bill Clinton in 1992 (rope line) and George W. Bush in 2000 (whistle-stop). The one thing those candidates have in common is that they didn’t offer me a job.