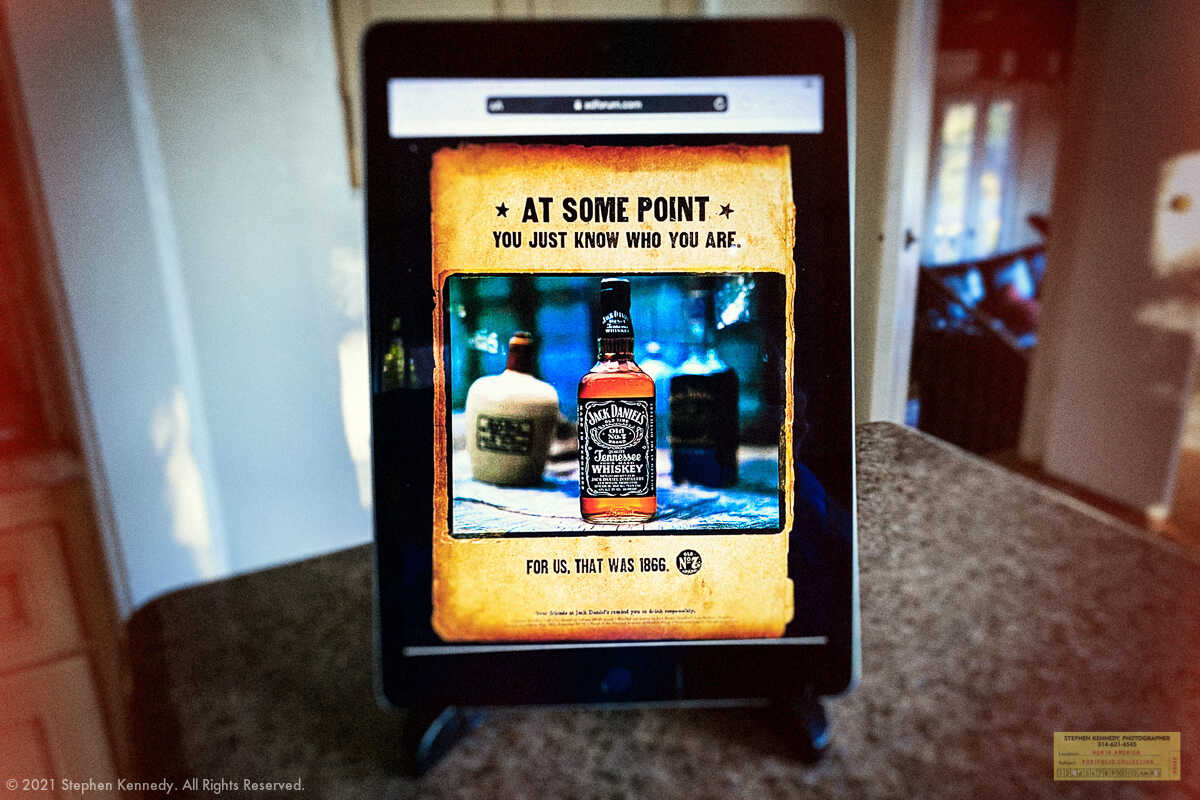 I was lucky enough to reap the benefits of being in the advertising photography business at the peak of its dominance. This was the moment when great assignments and high fees were the rules, not the exceptions.

One of the best ad agencies that I worked with was Simmons-Durham. It just so happened that they were located six blocks from my downtown St. Louis studio.

When a certain creative director invited me over to consider an unorthodox proposal, I was already out the door before the call ended.

One of their clients was Jack Daniel’s. There were a number of long-term relationships that the client had with photographers which always kept me out of the loop. The creative director had an idea for an end-run around the incumbents.

The proposal was that they’d give me a travel stipend to cover my costs of getting to the distillery in Tennessee. However, there would be no “official” photo session. We would be there just to “experiment” and explore some ideas. If in the future they found something from the session that they liked, I would license one picture at time to them based on market rates.

In short, there would be no shooting fee for this speculative joy ride to Lynchburg.

My only question was, “when do we leave?”

A few weeks later, we made our way to the distillery. Over the course of three hours, I photographed dozens of bottle “portraits” around the premises.

A couple of days after reviewing the film, I got a call from the creative director saying that they wanted to buy a license for one of the photographs. Their usage terms were astounding. They wanted exclusive global rights with no expiration date. Before I could reply, I was told what they had paid in the past. The amount was almost twice what I was thinking.

It was all I could do to simply say, “OK.” The icing on the cake was that they wanted an invoice right away. I wrote it up and hand-delivered it and within two weeks I had a check.

The amount I earned from that single sale was the highest single image sale of my career. It was never bested but it was matched when the same folks bought two more photographs. Those three hours that I spent at Jack Daniels resulted in a payday that exceeded the profit of my first two years of business.

It was quite the Jackpot.