It’s Not A Contest 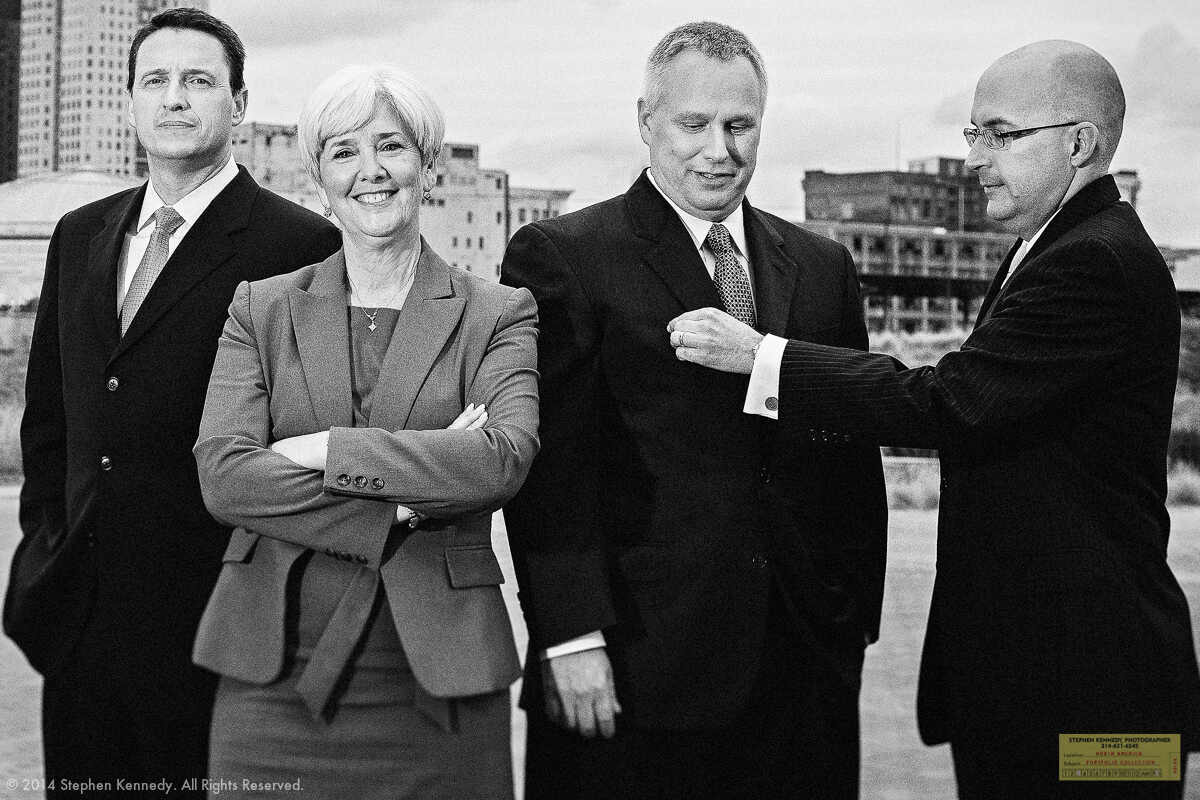 It’s not a contest, but…

I’m guilty of saying that to subjects when I’m photographing a group. Interjecting that little hint of competition does wonders for getting solid results. There is always an element of truth to the statement.

While I realize that some folks don’t like being photographed, it’s up to me to make them forget that feeling if only for a moment. That would be the decisive moment when nobody is blinking or looking as if they’re suffering.

This group portrait session in downtown Birmingham was plodding along until something unexpected happened. I was still trying to get all four subjects at the same level of enthusiasm when the guy on the right happened to notice that his co-worker had some lint on his jacket.

There was something about that immediate kindness that contrasted with varied expressions of the other three. The end result is that this outtake is better than any of the 200 other frames captured that day.

As to the “contest” aspect of the session. I think it’s clear who was the best.

You Already Know This