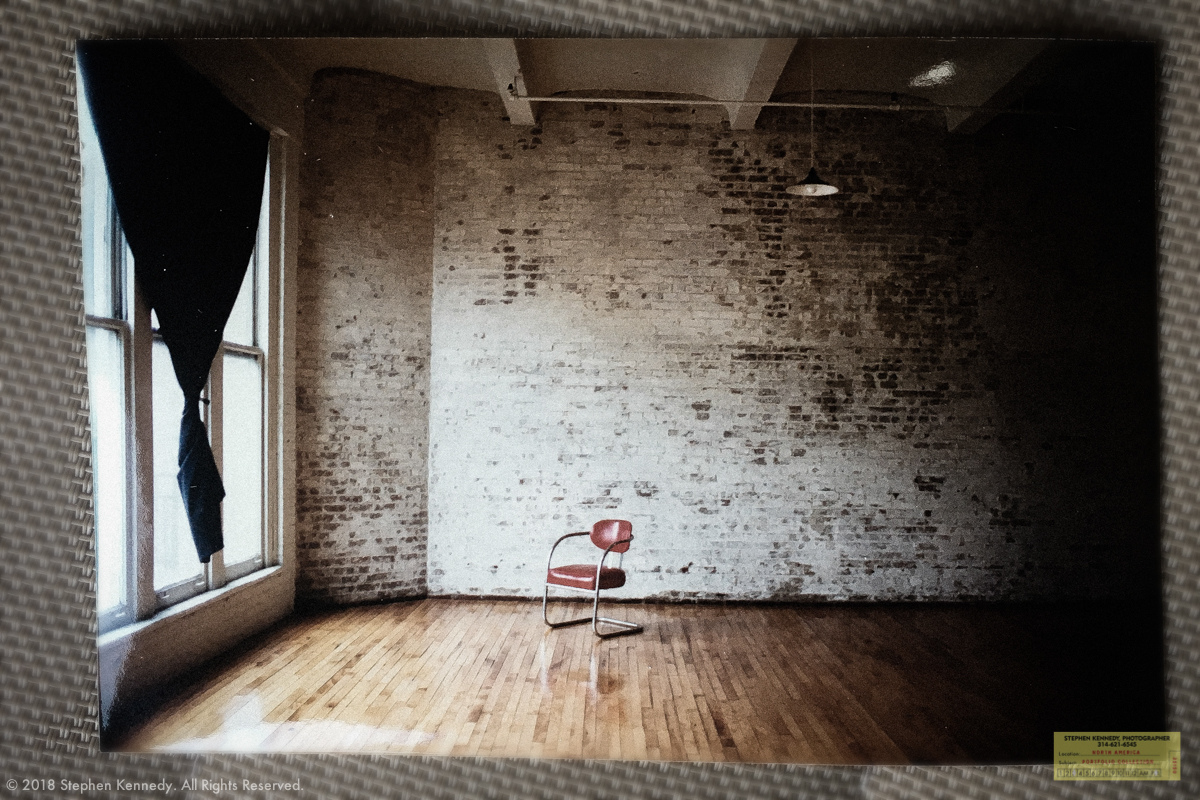 I just read a great story in The New York Times about a rental space in SoHo for the creation of “content” by social media influencers.

Quote: “The 2,400-square-foot space — which rents for $15,000 a month — was designed as a backdrop for Instagram stars, who have booked it through October.”

Back in the day, I had something similar called a studio.

Mine was more than 20% bigger, it rented for $800 a month. It was booked by ad agency creatives who typically had fiscal oversight of an accounting department staffed by serious adults.

Like most studios, mine was a raw space designed for creation instead of capture. That meant that the process was additive which required making something new every time.

This is the studio that I occupied from 1995 to 1998. One of the greatest attributes were the two 9×9 foot north-facing windows. It was a true daylight studio that allowed me to work in a way that set me apart from my peers.

The ceilings were 12 feet high and the honey maple floors obviated the need for a warming filter. It was on the fifth floor of a building that was once the world headquarters of Brown Shoe which anchored this part of downtown St. Louis that was once an epicenter of footwear and millinery manufacturing know the world over.

As much as I loved this studio, I was never really at home in a place that constrained me with walls and a ceiling.  I was very happy to move in but even happier to move out.

I think this space is now a residence, which is a fine use in my opinion.