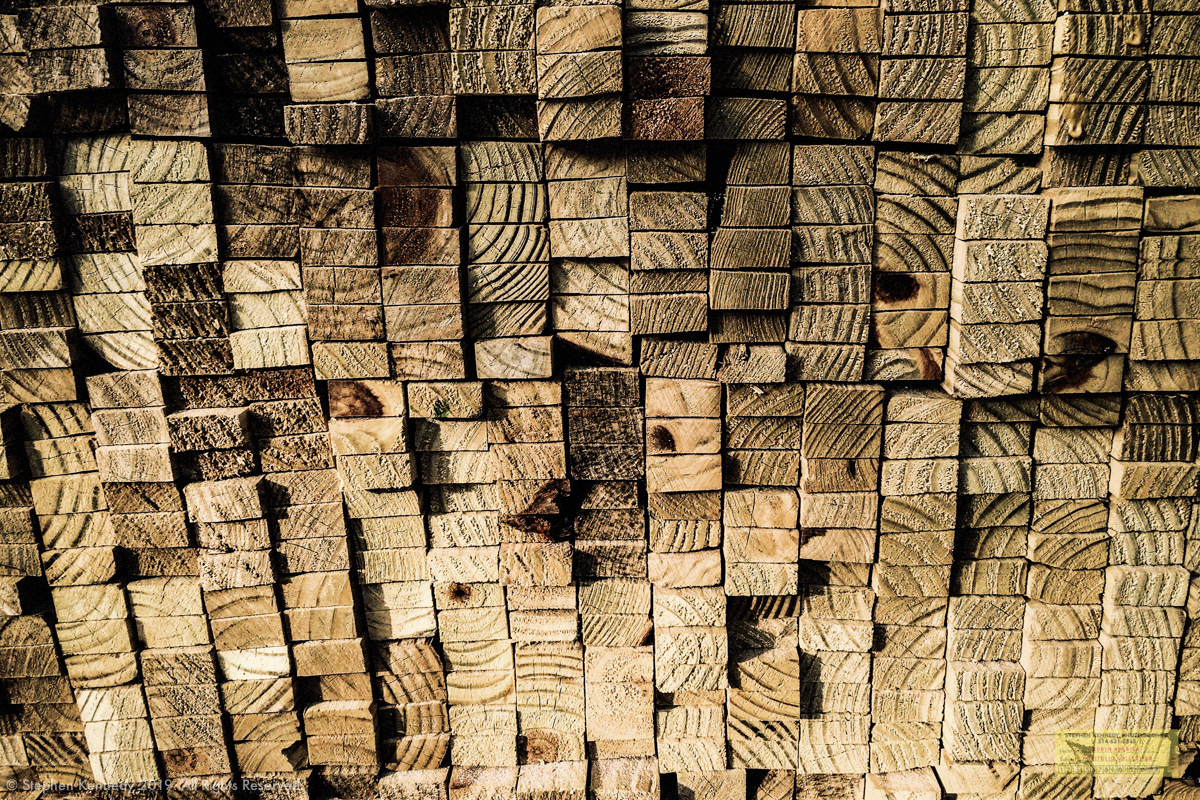 Most people would consider these pieces of wood on a Florida construction site to be interchangeable.

These boards are from the same species of tree and were likely planted, grown and harvested within proximity to each other. I’m sure they were all cut on the same day at nearly the same time.

If you’re like me, and you bristle at conformity, you’ll do anything to identify something or anything that sets one apart from another.

It didn’t take long, just a sideways glance at the end grain of each piece revealed what I hope to find.

There’s nothing wrong with uniformity and continuity for building materials. The problem arises when people are seen in the same light as identical components from a parts bin.

For more than two hundred years the “modern” world has been optimizing people, which is a fancy way of adding human cogs to an ever-growing machine.

This scheme is actually appealing to a wide swath of the populace. But I have a feeling that it’s peaked and we’re now on an upswing of individuality.

At least I hope so.

I’m trying to do my part and lead by example.