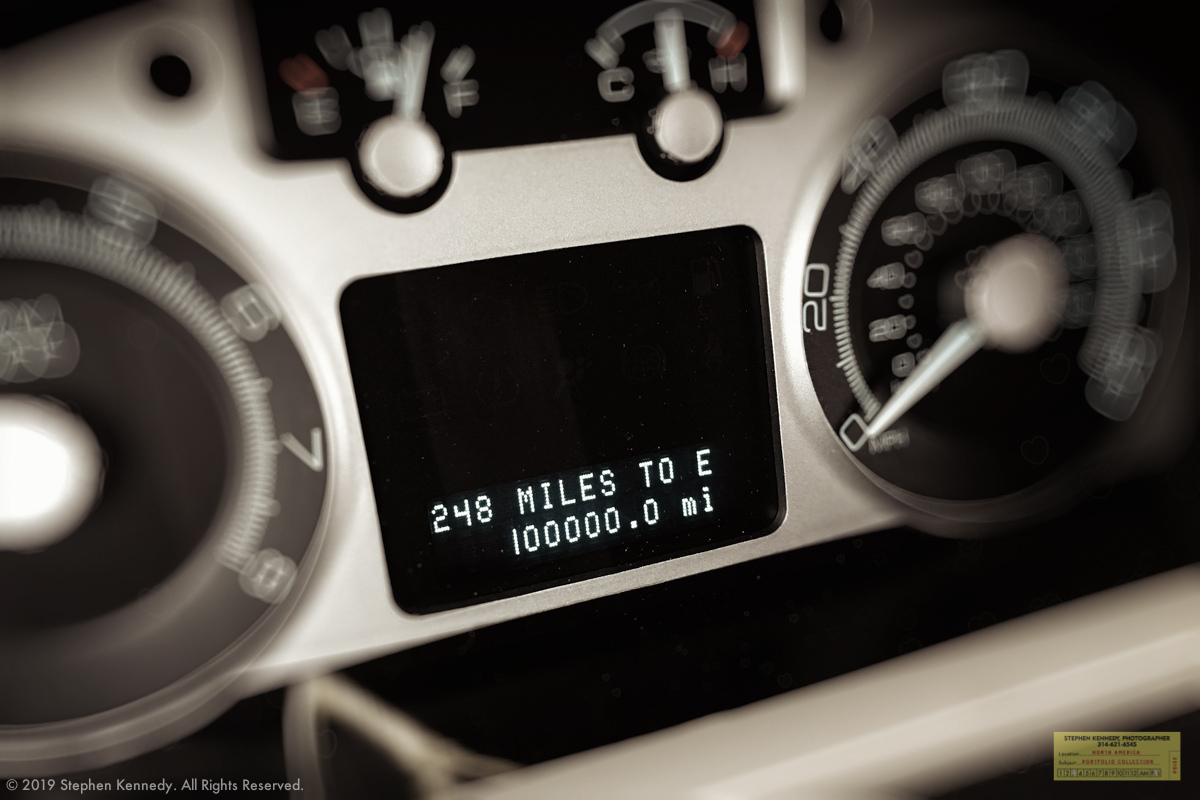 My car hit a mileage milestone today. 100,000 miles. Not bad for a 12-year-old pre-crisis beast from a now-dead brand based on 1990s technology and design.

This car goes by the name of Harry. The naming process has been lost to the sands of time but it originated with my daughter and it turned out to be a good handle.

Harry is highly educated thanks to high school in Ladue, Missouri plus four years of college in two different states.

Along the way, there were a few adventures. In 2016 Harry was stolen by a 13-year-old girl in Oklahoma City who didn’t know how to drive. She wisely delegated the getaway and joyriding chores to a partner in crime who could reach the pedals. Sadly the 15-year-old designated driver had the skills of a 15-year-old driver.

Luckily the crackup wasn’t fatal to Harry. He was fixed by a great Ford dealer who had a top-drawer detailer bring him back to new by removing the broken glass, fingerprint dust, blunt butts, and fast food debris.

That episode left Harry with a bit of outlaw street cred too. The bandits left their loaded handgun under the seat before getting arrested. The gun laws of Oklahoma are pretty favorable to folks that want to pack and carry, but there’s no “finders-keepers” allowance that would have let Harry holster that hot .380.

Harry has a lot of life left in him and is enjoying his middle age with a mix of local assignments and regular long distance trips for work and play.