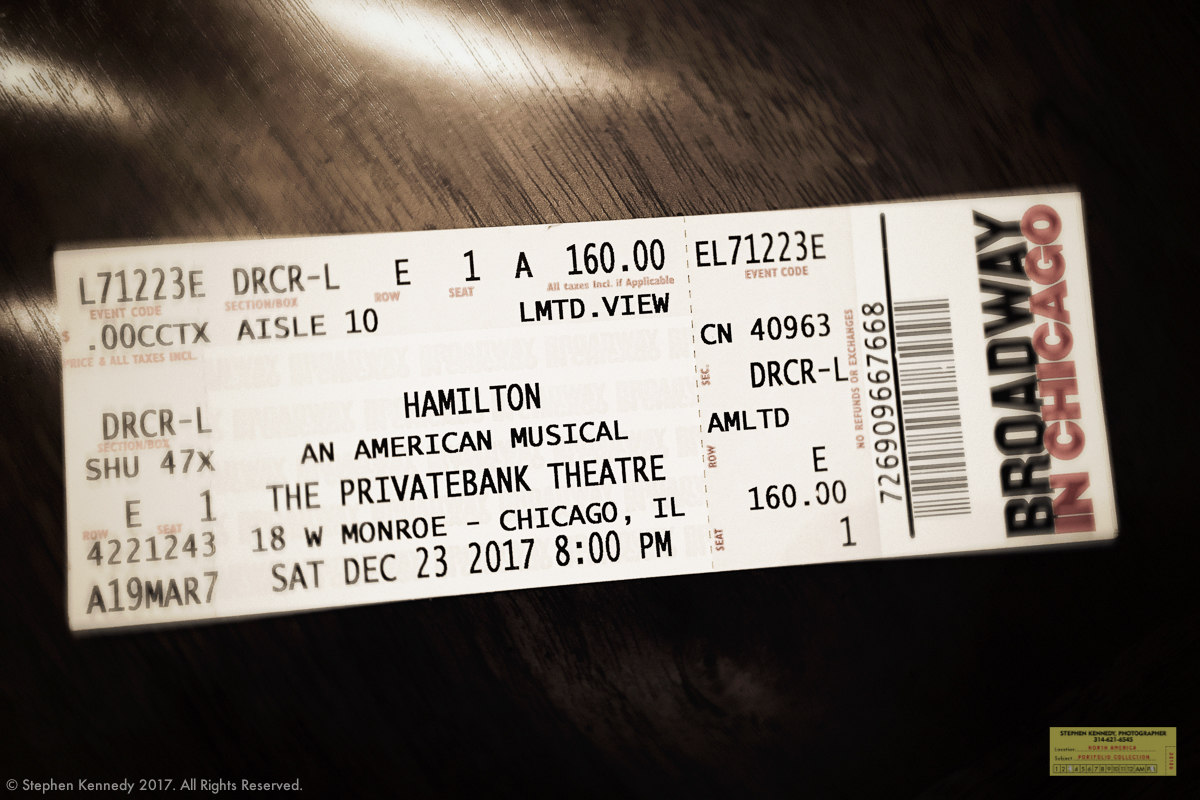 When people say that seeing Hamilton changed their lives, it’s no exaggeration.

Just six weeks after the Broadway debut, I saw the show for the first time with the original cast and it was certainly life-changing for me.

It was so different that I really had no existing framework in which to base what I saw and felt. Even two years after being in that audience I’m still trying to process what washed over me in the Richard Rodgers theatre.

To say that it was the most powerful thing I’ve ever seen on a stage still doesn’t quite go far enough to explain my feelings.

Last night I had the chance to see the show again in Chicago. This time with a completely different cast. I was a little concerned that my personal investment in the show, based on the good luck of seeing it performed by the original cast, would affect my perception. The 2015 soundtrack album, which I’ve heard more than 50 times, is also performed by the original cast and magnified what I feared might be a bias against other casts.

As it turned out, the Chicago cast didn’t disappoint one bit. They were as tight and in sync as they could be. The young actor that played Alexander Hamilton was the understudy and he absolutely nailed the performance.

It was great to be struck by the Hamilton lightning again.