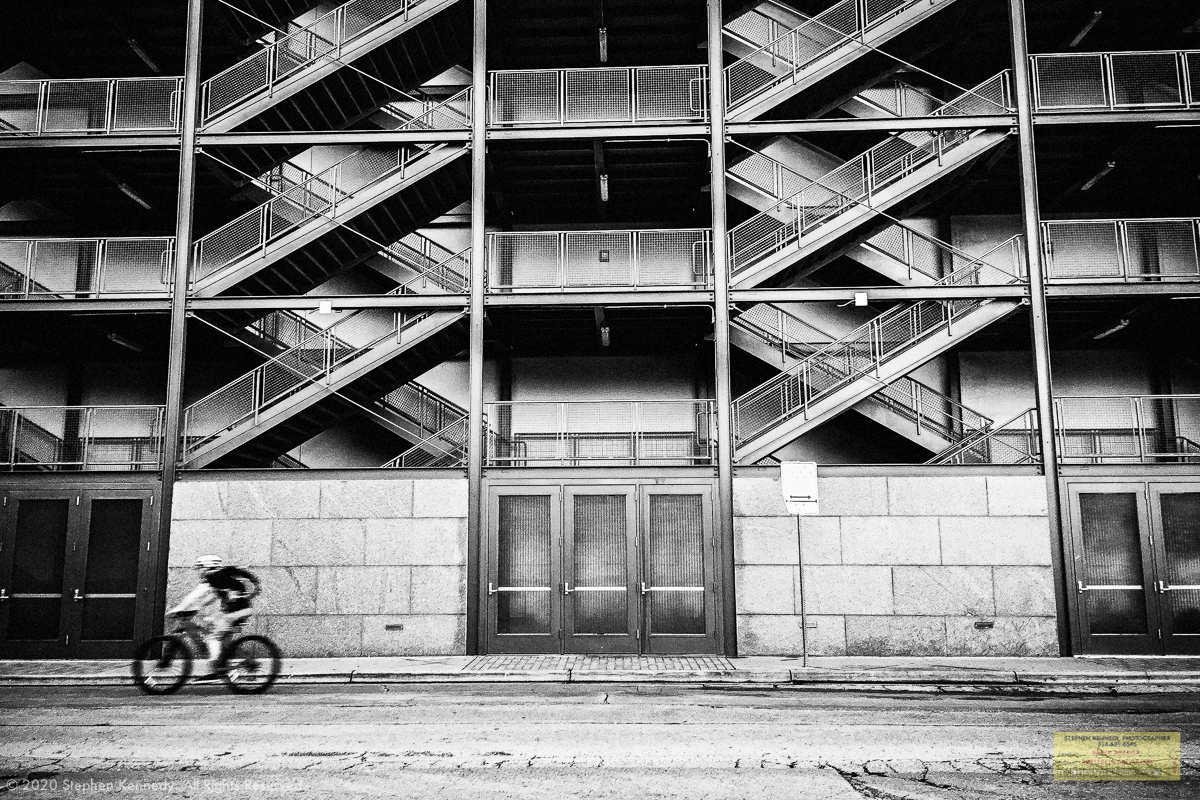 Some cities are griddier than others. Not gritty like a 70’s John Carpenter dystopian film. I’m talking about arrangements of city streets.

In the US, Chicago is arguably the best with Boston being the worst. Both of those places are beholden to history for their design. Boston evolved from footpaths that contoured to the terrain of the rivers and inlets. Thanks to an urban renewal project called The Great Chicago Fire, blocks of equal size with a simple numbering scheme became the foundation of a new urban layout for Chicago

Manhattan gets high marks for a solid grid overall though as you move downtown, the untamed colonial past takes over.

Phoenix is pretty good and so is Kansas City.

Other cities have their own quirks. You need to know the alphabet in Washington, DC and your numbers in Salt Lake City. If you don’t like peaches in your street names, you may want to skip Atlanta.

Austin, Texas is right in the middle of my rankings.

That’s where I photographed this cyclist, with the back of the convention center as the background. This building had its own gritty grid.

Been There, Done That
Scroll to top