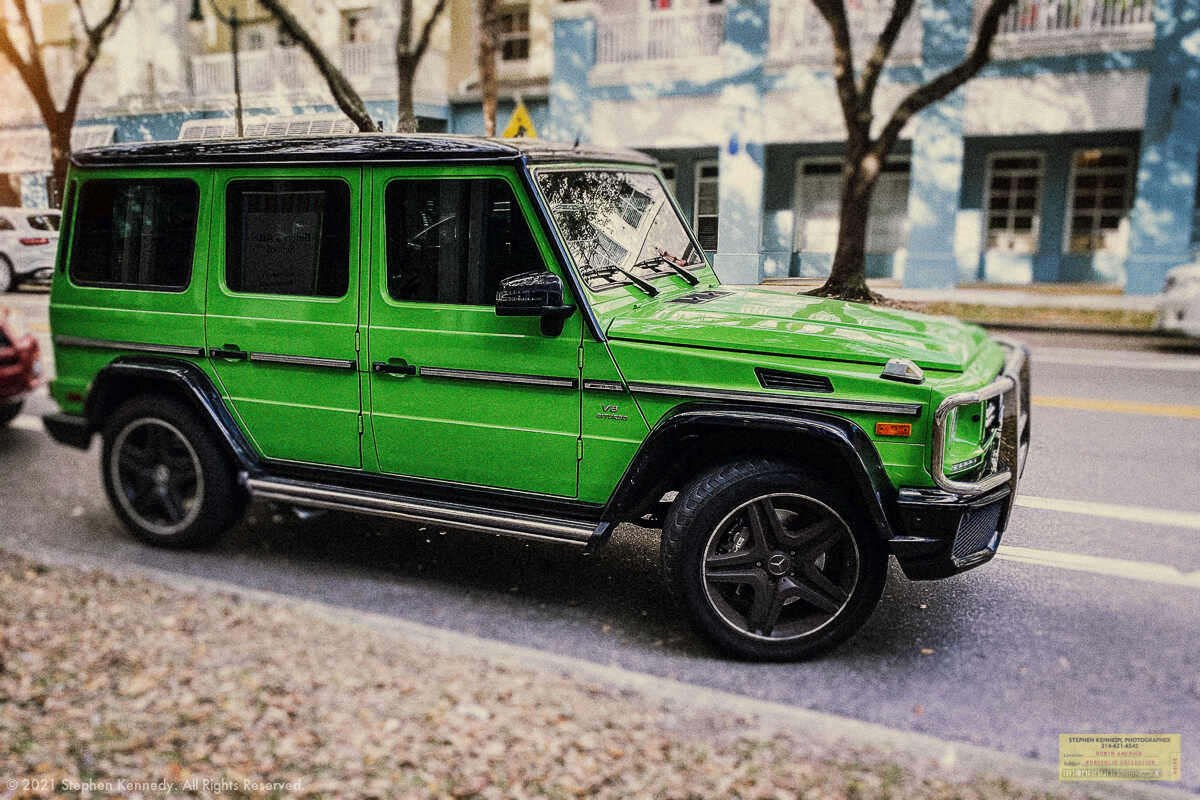 Behold this marker of status.

Or maybe the owner just has a thing for green cars. Not green like a Prius. More like the green of money. This machine requires the kind of bank account that comes from a trust fund or rapacious capitalism.

When I had my downtown studio back in the mid-90s, there was an ad agency in the building. These admen were on the cutting edge of all things cool. One of the fellows managed to import a secondhand non-blinged G-Wagon from Europe.

It was the first one that I had ever seen. At the time, I had a full-sized Ford Bronco and when they were parked next to each other, the contrast was stark. The G-Wagon was spare, tight, and spartan. My Bronco was rather luxurious with its Eddie Bauer edition treatment.

As things turned out, the Benz was elevated to a luxury bauble while the Bronco faded away.

When I saw this oddball off-roader in Orlando, I knew that a photo was in order. Not because I was green with envy, at least not in that shade.