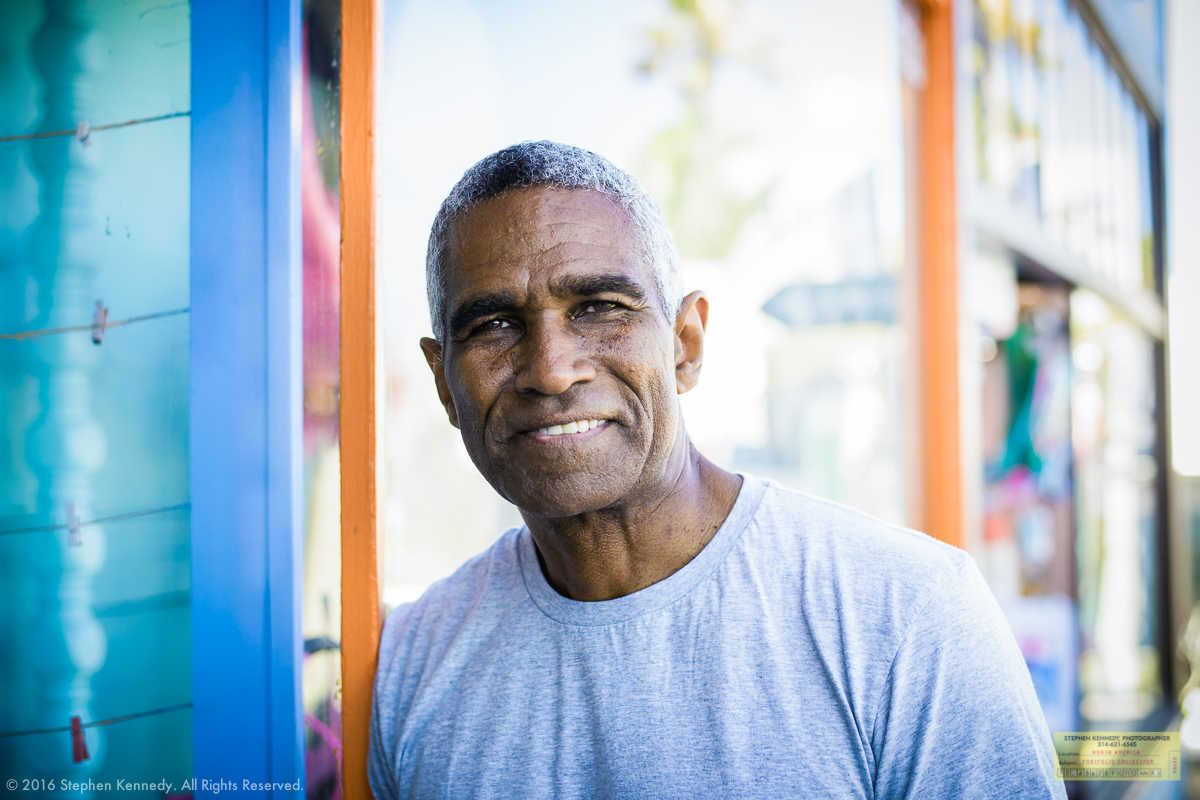 It used to be if you wanted to jump into photography, you walked through one of two doors. The choice was either the black and white door or the one marked color.

Up until the middle of the last century, there was just black and white.

Today, we’re back to a single point of entry. That’s because, with digital capture, there’s no such thing as black and white or color. It’s all bytes nowadays. If this sounds like a line from the movie Fletch, you’re right.

In the old days, there was some occasional indecision about what kind of film to use. This was particularly hard for commercial work that involved photographing people. That’s because sometimes the magic would happen on one film stock and not the other.

This portrait from Hermosa Beach turned out fine in color. It may be just as good as a grayscale rendering.

I may never investigate that option, but it’s great to know that I can.

Stuck to the Past