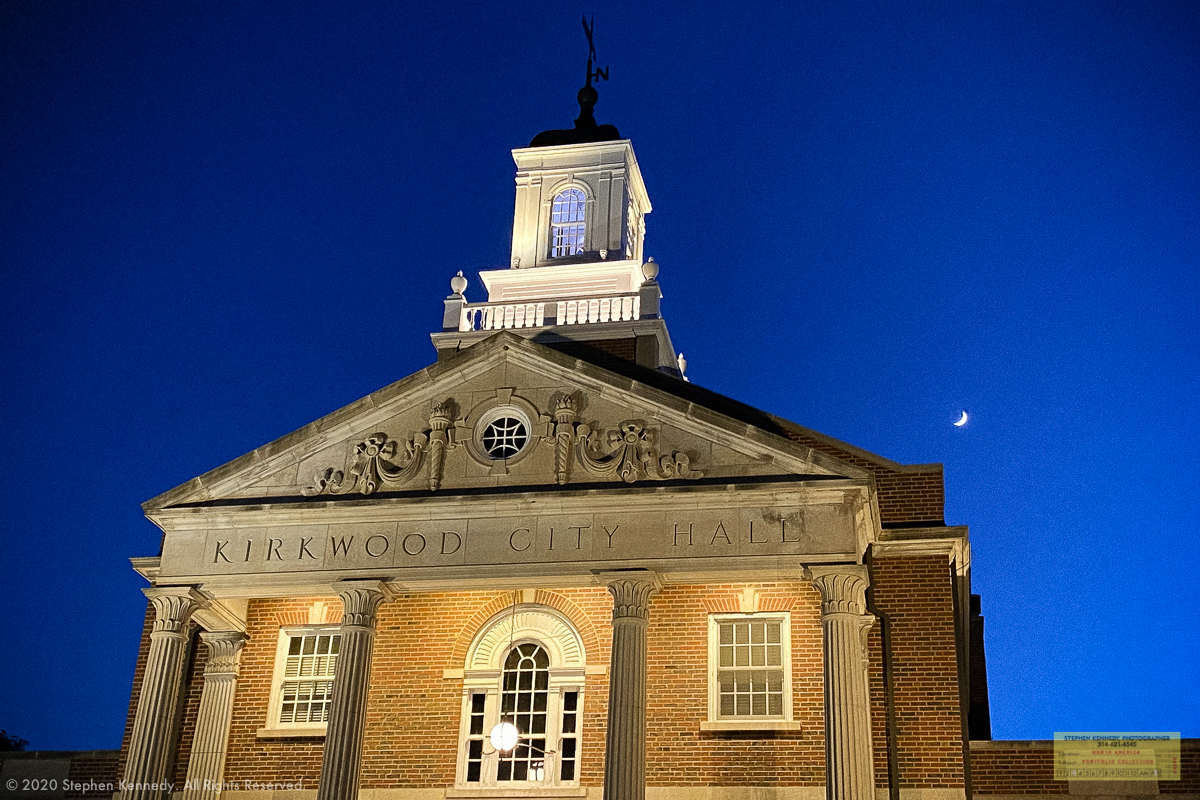 For a pro photographer, there’s really only one brand of tripod. I’m referring to Gitzo. The company, founded in France, sets the standard by which all other tripods are measured.

They’re rugged and well-made. The carbon fiber version that I use now is the best tripod I’ve ever owned. I can’t bear to part with it even though it’s used infrequently. The Gitzo that I bought in 1988 and used for 25 years was as heavy as a jack stand but elegant enough to be shown at MOMA.

Nearly all the photography I produce these days is done by hand-holding my camera. That wasn’t always the case, especially when I shot film.

In times past, a picture of a building at dusk would require some exposure skill and a locked-down camera. Last night while walking in Kirkwood, Missouri I captured this image just a split second after being presented with the opportunity. All I needed was my iPhone. The tools of creation at this moment are astounding.

I wonder if Gitzo shares my love of this technology.

Every Coffee Shop
Scroll to top