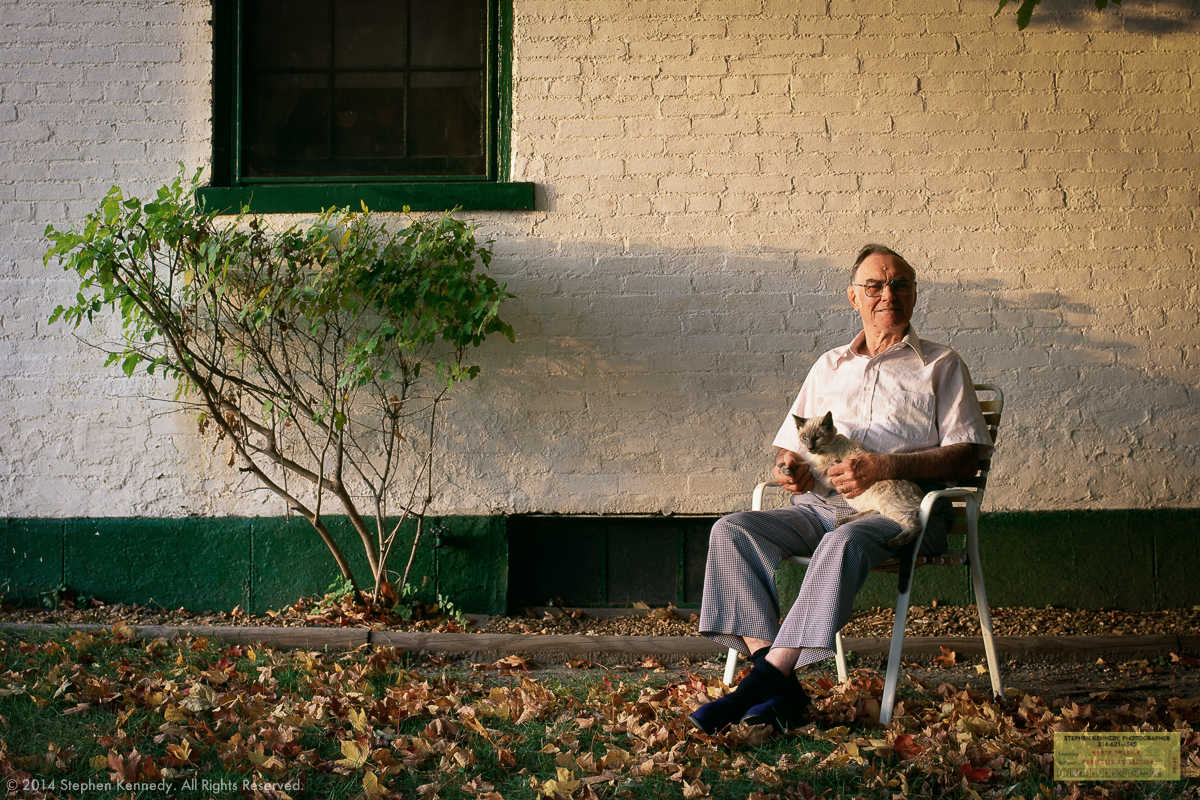 At the moment I made this portrait, I was thinking only about the light.

There was a sense of urgency in the session because I knew that the warm highlight on the brick house wasn’t going to last.

Most people have heard the phrase “golden hour” at least once or twice. The truth of the matter is that it’s more like “golden few minutes” in which the sweetest light exists.

The mechanics of the composition were instinctual. The directions that I gave to the subject were minimal. I barely even noticed that he had picked up a cat that wandered by.

Little by little I found my rhythm. In no time I had exactly what I was hoping to get in this hurried session. As I had expected, the light lasted for only a moment. Once it was gone, there was no point continuing.

It wasn’t until days later when I was editing the files, that the pattern of the subject’s pants showed itself. It was an element that I had no memory of seeing.

This isn’t the first time I’ve discovered something in a photo that I didn’t remember capturing. I try not to forget that there is a distinct gap between memory and reality.

Where Y’at
Scroll to top