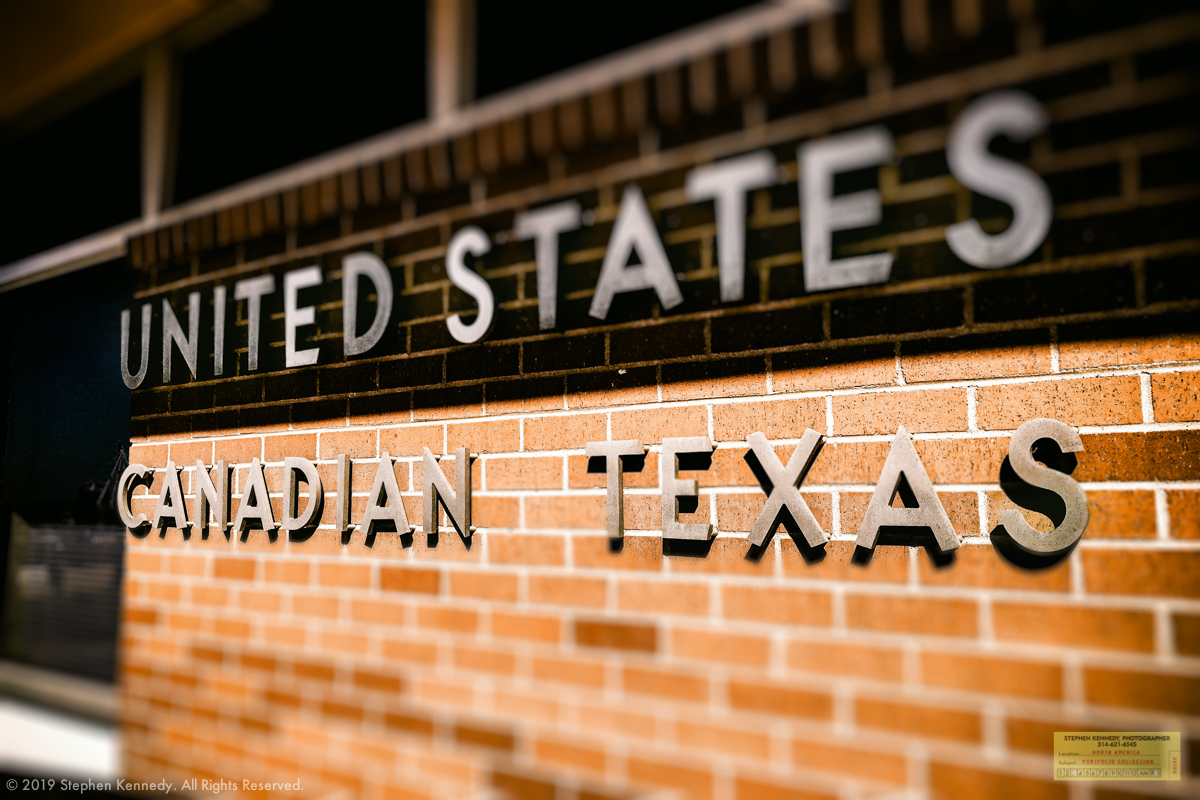 Canadian is a nationality but the Canadian in the picture refers to a town in Texas. It was taken at the United States Post Office to be exact.

Canadian, Texas is named after a river and the river is named after the country to our north. The people that bestowed the name on the river thought that they were so far north that the river would naturally find its way to Canada.

They must have forgotten about all that land in between such as Oklahoma, Kansas, Nebraska, South Dakota and North Dakota.

I can safely say that Canadian, Texas isn’t the Canada of Texas. That’s probably Austin. Then again Austin is sort of the Portland of Texas. I know this because when I was in Portland last week I heard it referred to as “Rainy Austin” about sixty-five times.

The internet says that Alberta is the Texas of Canada but that’s still in dispute. The next time I see the junior Senator from Texas, Ted Cruz, I’ll ask him for a ruling. He’s a Texan with an unorthodox pedigree; born in Canada, educated at Princeton and trained as a lawyer at Harvard.

The most interesting thing about all of these places is that they all used to be part of France. This includes where I’m writing this now at my desk in St. Louis.

Owing to President Jefferson’s foresight to open the Treasury’s purse via the Louisiana Purchase, we got a good deal on a property investment that has really paid off.

Start With Craft
Scroll to top