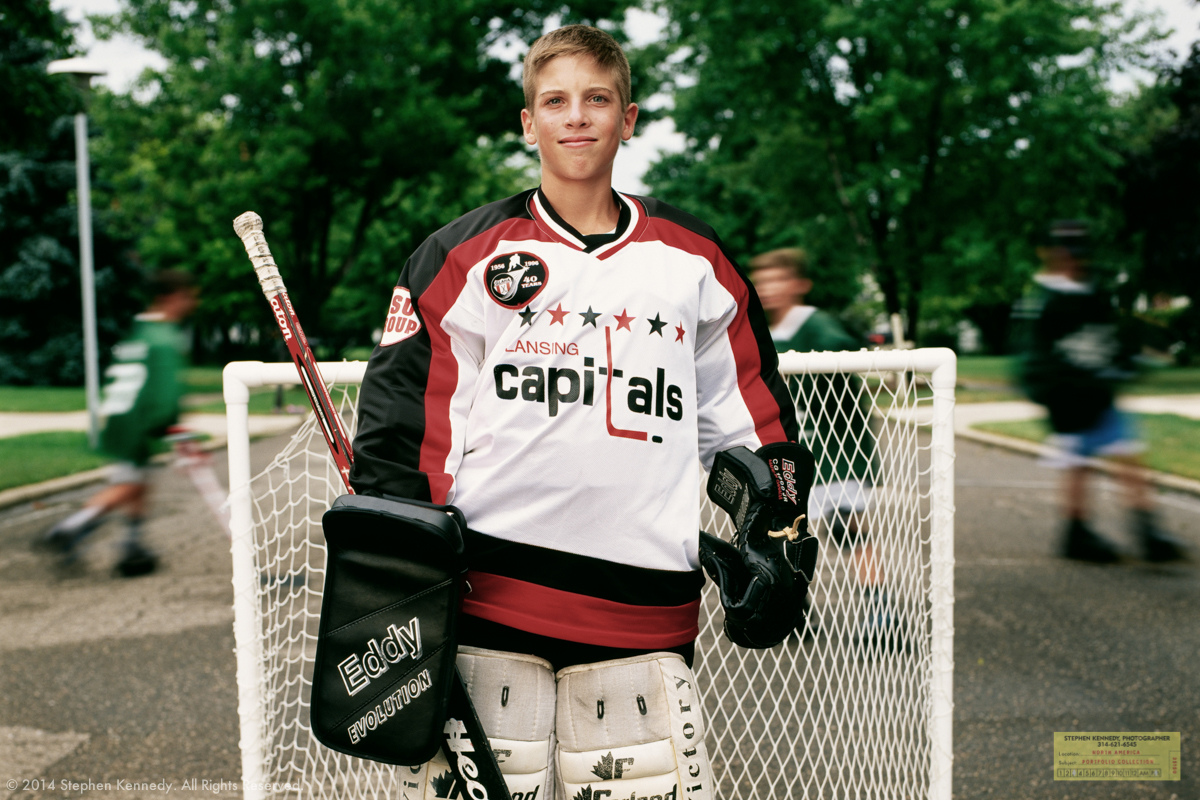 I’ve watched more hockey in the last two weeks than I have in the last four decades. Call me a fair-weather fan.

The last time I saw a pro hockey game in person was about 15 years ago when my daughter’s school chorus sang the national anthem for the minor leaguers who played in St. Charles.

Hockey is having a big moment right now where I live because the local major league team just won the big cup. They went from zeros to heroes in the time it took winter to become summer.

They vanquished everyone in the months of playoffs with their final victory against some formidable grunts from Boston. When the trophy was hoisted by the Blues on Boston’s ice, I could hear fireworks going off down the street. The devastated folks in Boston who stuck around to watch, stayed true to form.

I always thought of hockey as a winter sport. But that’s ice hockey. Street hockey isn’t limited by the weather, just the traffic.

The boys I photographed in Lansing, Michigan had some great skills and managed to have a pretty good game even with the intrusion of the camera.