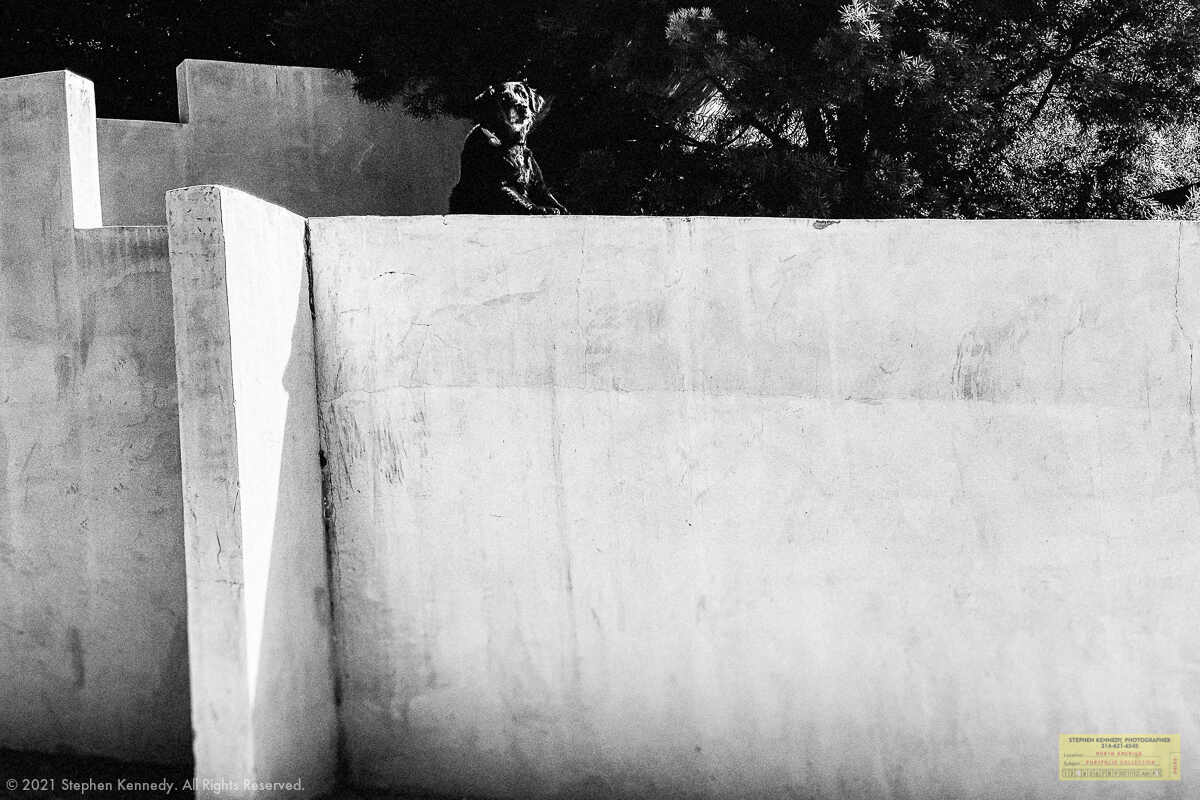 Hey you, I see you there!

Or at least that’s what I assume this observant dog might be trying to communicate. There didn’t seem to be any malice in the barks that continued until I was out of sight.

Before I got close to this house, I had been walking in the Hollywood Hills for enough time to work up a sweat. Along the way, I saw a dozen old faded signs placed by alarm companies. Nearly all of them promise an immediate response. In this neighborhood, that’s a dubious claim since the narrow roads might only allow for speeds not much faster than a run.

When I came back the same way, the dog was still there but didn’t bark.

He knew that I understood that he was just doing his job.