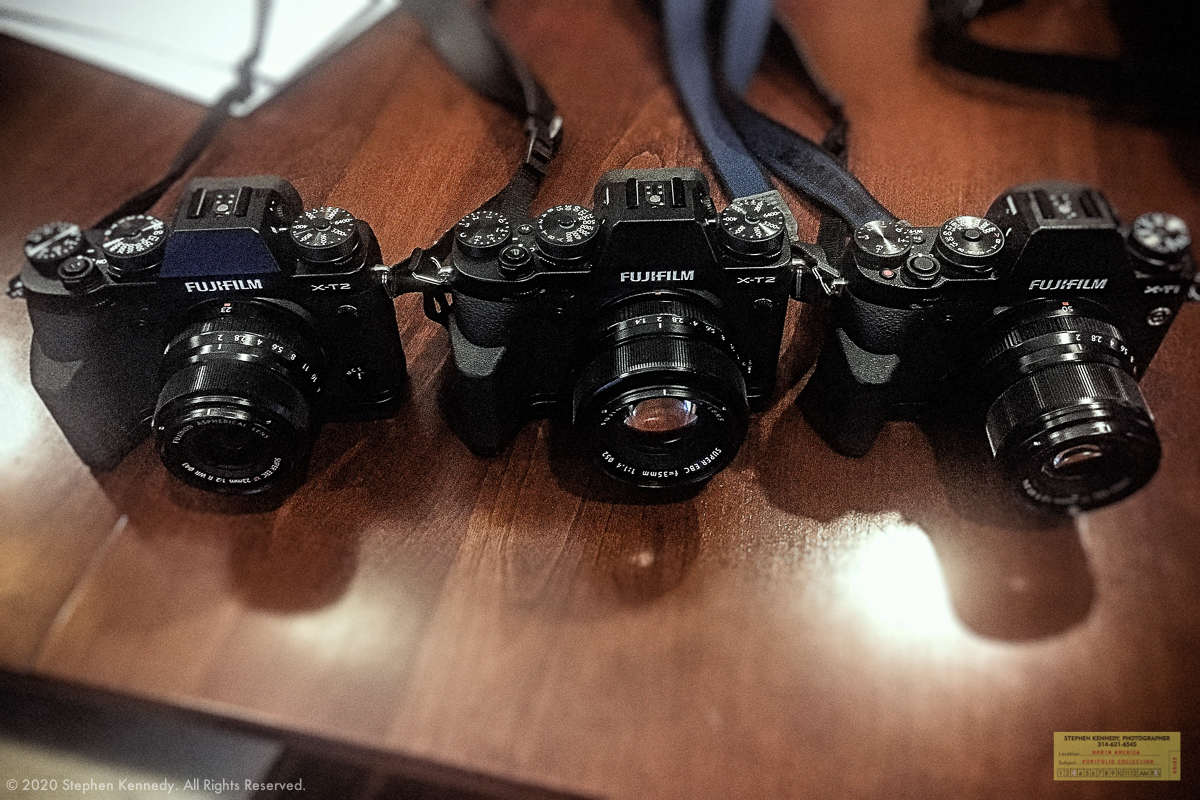 It’s been more than a year since I had a wholesale changing of the guard with my equipment.

From 2015 to 2019 I operated parallel systems. One was a Nikon full-frame kit and the other was a mirrorless Fuji assembly.

As a gear minimalist, all I typically need is a single camera, two lenses, and a flash. Along with that setup comes an overlay of protection in the form of a backup camera body, extra speedlight, and some lens duplication.

The Fuji system was cycled out in favor of returning to a more detailed file. It took a few months to sell off all the surplus equipment and then I was back to having just Nikons.

Now it’s all just a memory. Thank goodness for this final group portrait.

Look Away
Scroll to top