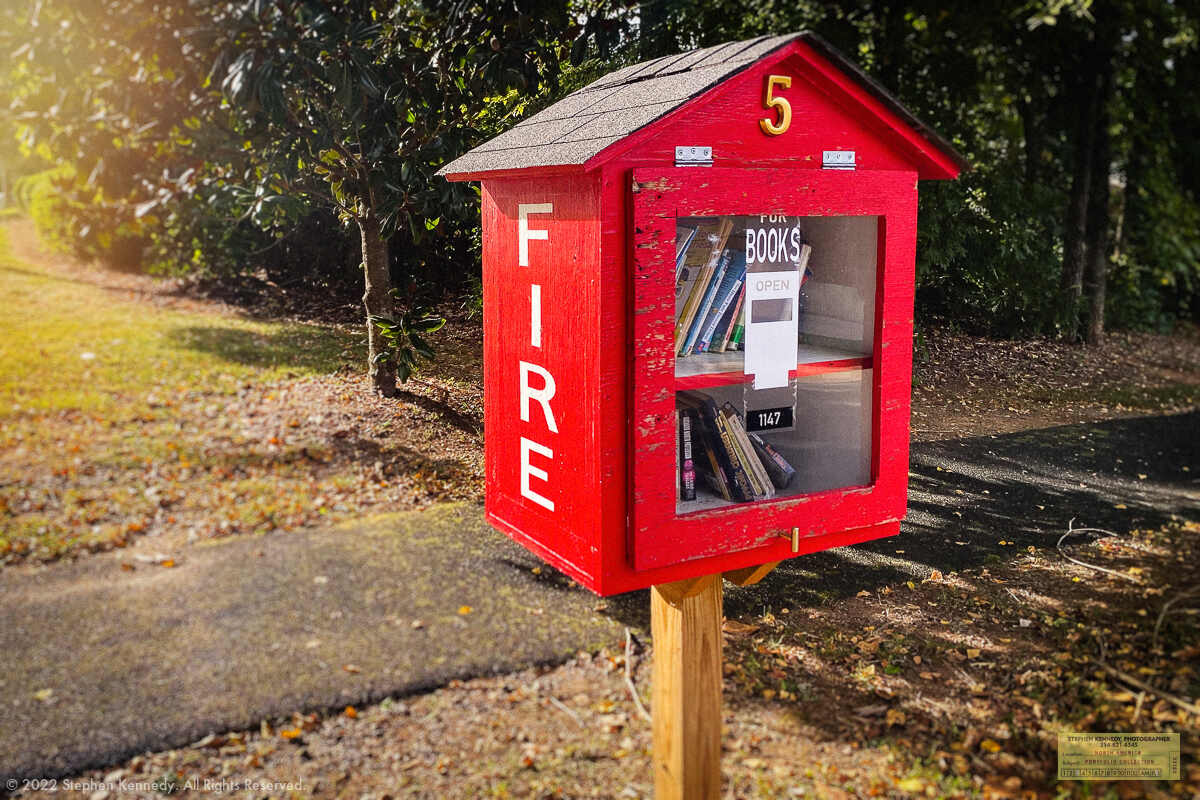 Fire stations, for current and former boys, are some of the most attractive places in the world.

Big trucks are the natural draw. But there’s a lot more. My first opportunity to vote back in ’84 took place at a fire station. Photojournalism assignments brought me to numerous ones all over southern Illinois.

Early in my commercial career, I had an extended session at the station next to Balboa Park in San Diego. That one included two fantastic meals cooked on site which ranks as some of my best work meals ever.

My favorite hotel in New York is two blocks away from the FDNY firehouse on Eighth Avenue. The seriousness and danger of the job are apparent. All you have to do is look at the wall to see the photos of those that didn’t make it back home on 9/11.

The fire station in Rock Hill, South Carolina has all of that and little something extra in the form of a tiny library.

Seeing these things never gets old.