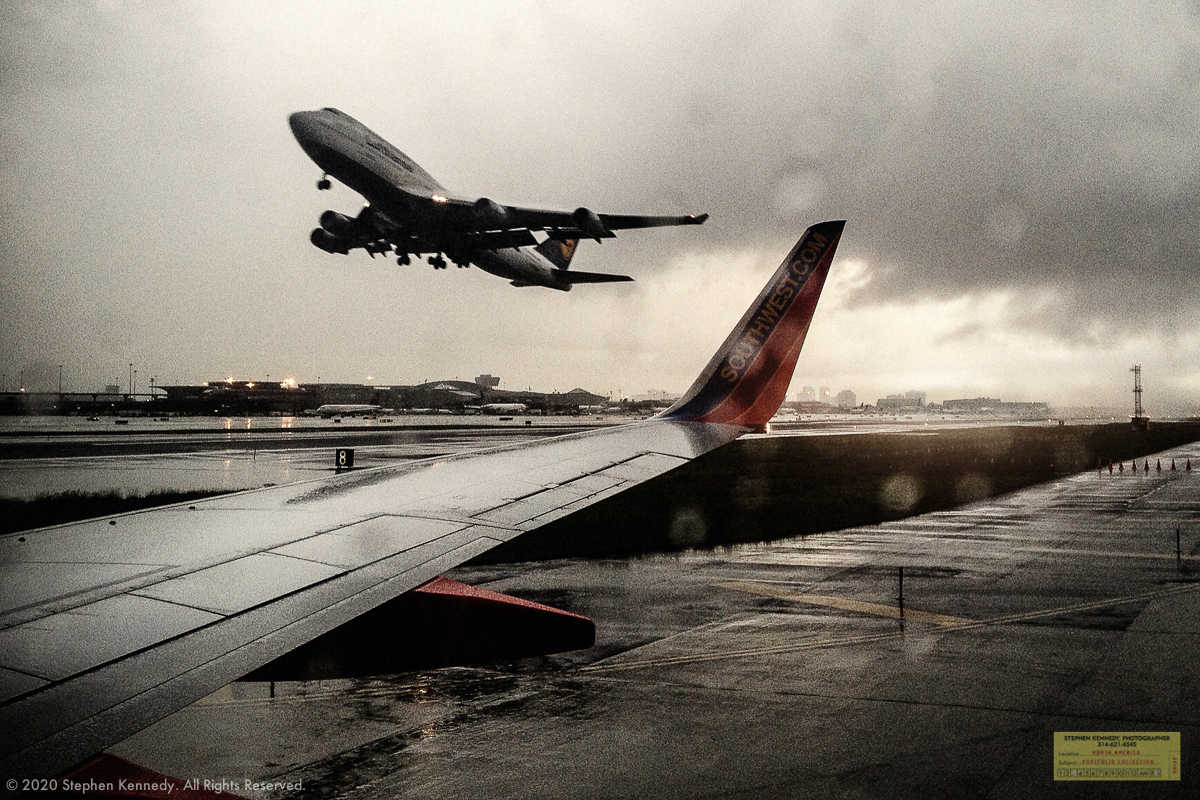 It’s been almost two years since any US carrier flew passengers in a Boeing 747. Last week British Airways retired their last one.

For years and years, TWA operated a daily roundtrip from St. Louis to Honolulu on a 747. The designations were Flight 1 and Flight 2 respectively. That plane parked at the end of C concourse surrounded by a flock of old DC-9s and 727s. It made Trans World’s last 747 look like a stallion among ponies.

My southside studio was under the departure track when winds hit the airport from the east. The unmistakable sound of four giant jet engines at full throttle was a siren song that always lured me outside to watch it climb.

Over the years I’ve flown more than a million air miles in all kinds of planes including hundreds of hours as pilot-in-command. Not one of those flights was in a 747. The closest I ever get is seeing one parked at a gate or passing nearby like this Lufthansa jumbo taking off in Newark.

The chances of breaking this losing street are pretty slim. For now, I’ll hang on to my memories of this incredible plane.

More Than Expected
Scroll to top