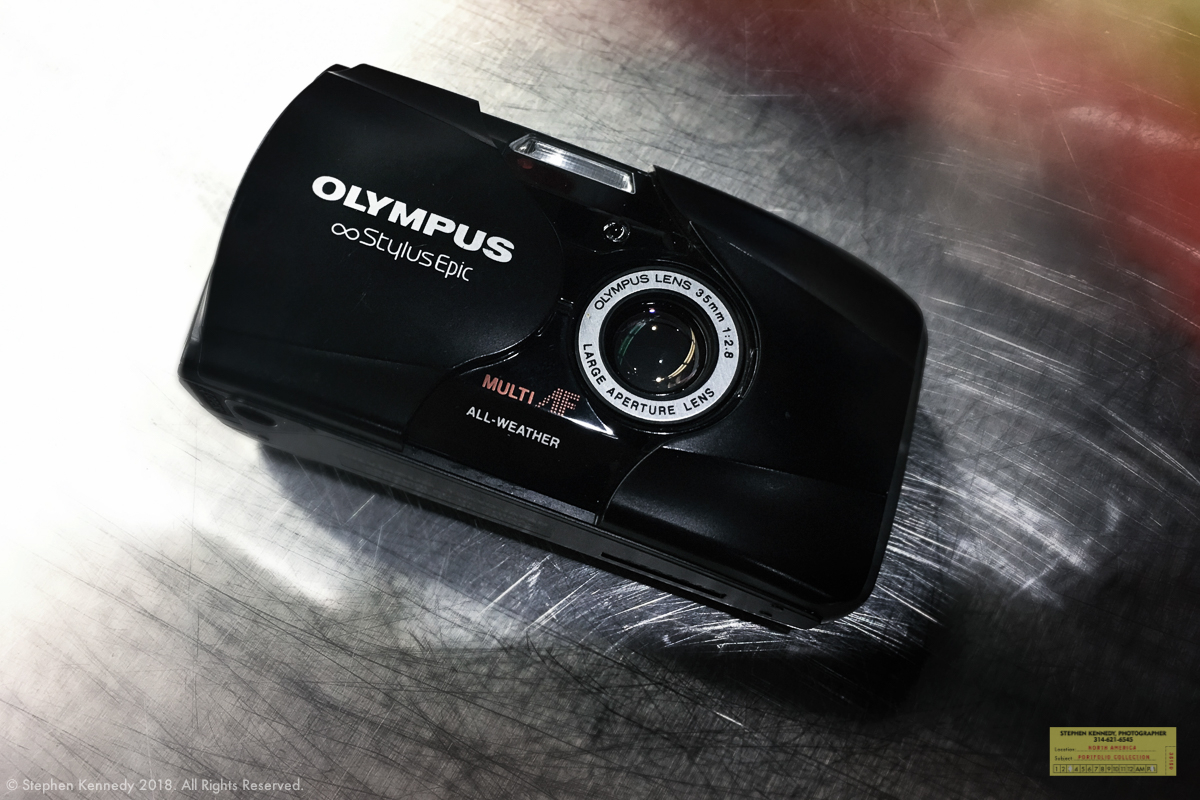 Back in my film days I used to trundle around with about 300 pounds of equipment when I went out on location. Once in a while I wanted to leave it all behind and just spend some time with a simple camera.

In 1998 I found the perfect tool that I could put in my pocket for times when a more minimalist approach was required.

The camera is mostly known as a Stylus but the real name is Stylus Epic. The camera is really true to its Epic name.

I used it quite a bit that year including a paid gig in Alaska.

That Alaska shoot was a pretty big milestone in 1998. But an even bigger milestone was the birth of my second child that year, which was nothing short of epic.

Now that same child is a real adult and making her way in the world. She’s a student and also a fashion blogger and a pretty good photographer too. Guess what her favorite camera is these days? If you guessed the Stylus Epic, you’re absolutely right. The one she uses is the one that I used.

Being lucky is hard work
Scroll to top