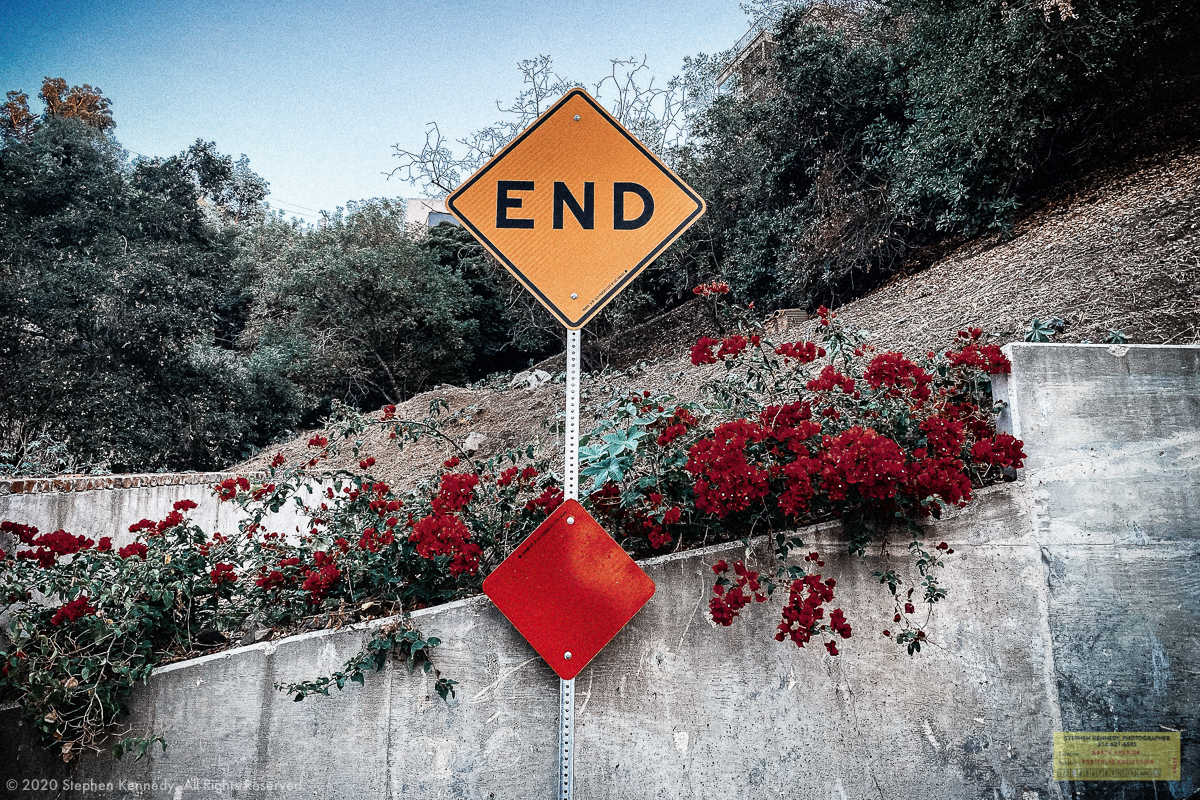 They say Toronto’s Yonge Street is the longest in the world at more than 1000 miles long. This may or may not be an urban myth, promoted by an art installation. That is more than enough evidence to convince me.

Interstate 10 ends and originates just short of the Santa Monica Pier. If you go the other way, you’ll run out of pavement near the Atlantic in Jacksonville. It’s truly a road from sea to shining sea.

U.S. Highway 67 bisects my hometown and is just a skip away from my Missouri house. It would take me three days to follow it to its end at the international border in Presidio, Texas. It’s always fascinated me that I could get to another country  by making a left turn out of my driveway then a right and not stopping until I could see Mexico.

Sometimes, especially in unfamiliar territory, there will be an unexpected dead end.

This one in Valevista Trail in Los Angeles was a bit of surprise. It was an abrupt end to a very short journey and a starting point for a new one.