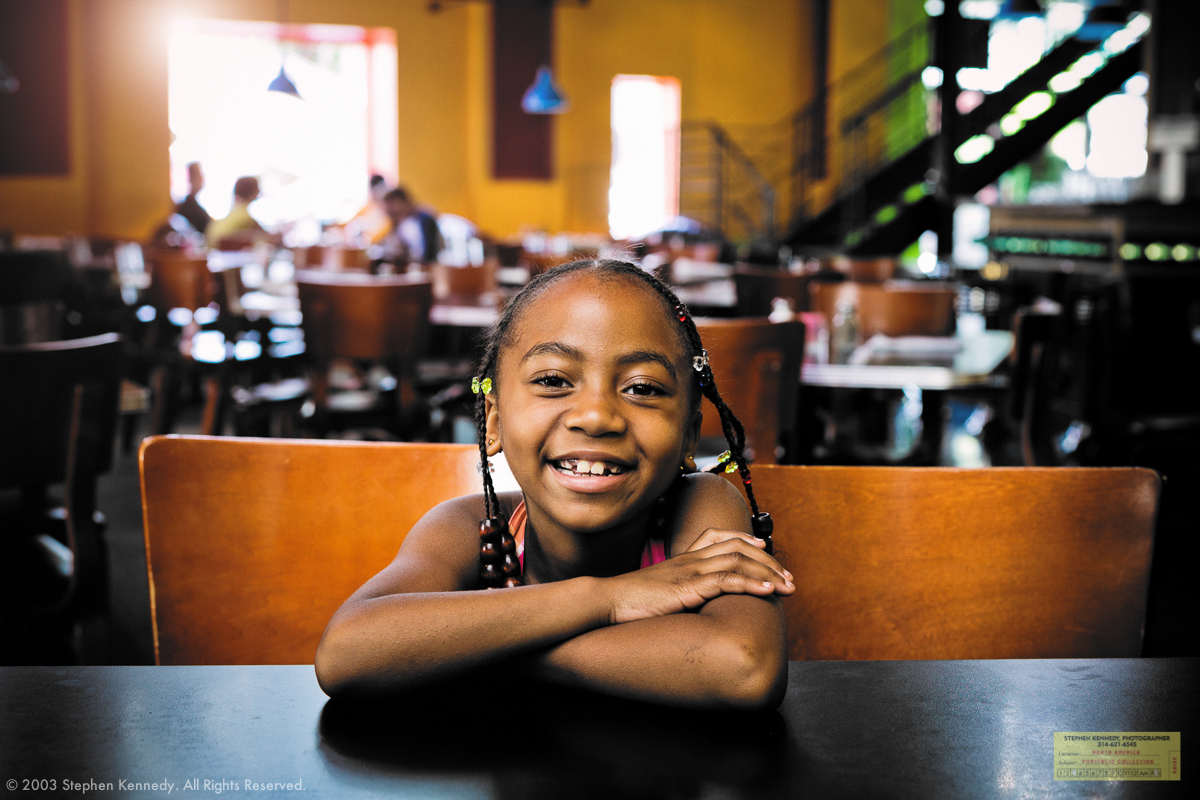 I happened to say the phrase, “cheek by jowl” in the presence of a young person the other day. When asked to explain what that meant I said something like, “crammed, slammed, packed and stacked.”

The better definition would have been anti-distanced.

This portrait was a warm-up for a session with a bunch of kindergarteners. It was a paying gig for Family Fun Magazine. At the time I was hired, the magazine was owned by Disney. Now it’s owned by Meredith, an aggregator of once-great publications running on fumes.

The location was a restaurant in the University City Loop. That neighborhood is the St. Louis version of Beale Street, Bourbon Street, and Berkeley’s Telegraph Avenue all rolled into one.

We had the place mostly to ourselves for an hour between lunch and dinner. The shoot was a success and having the extra elbow room sure helped.