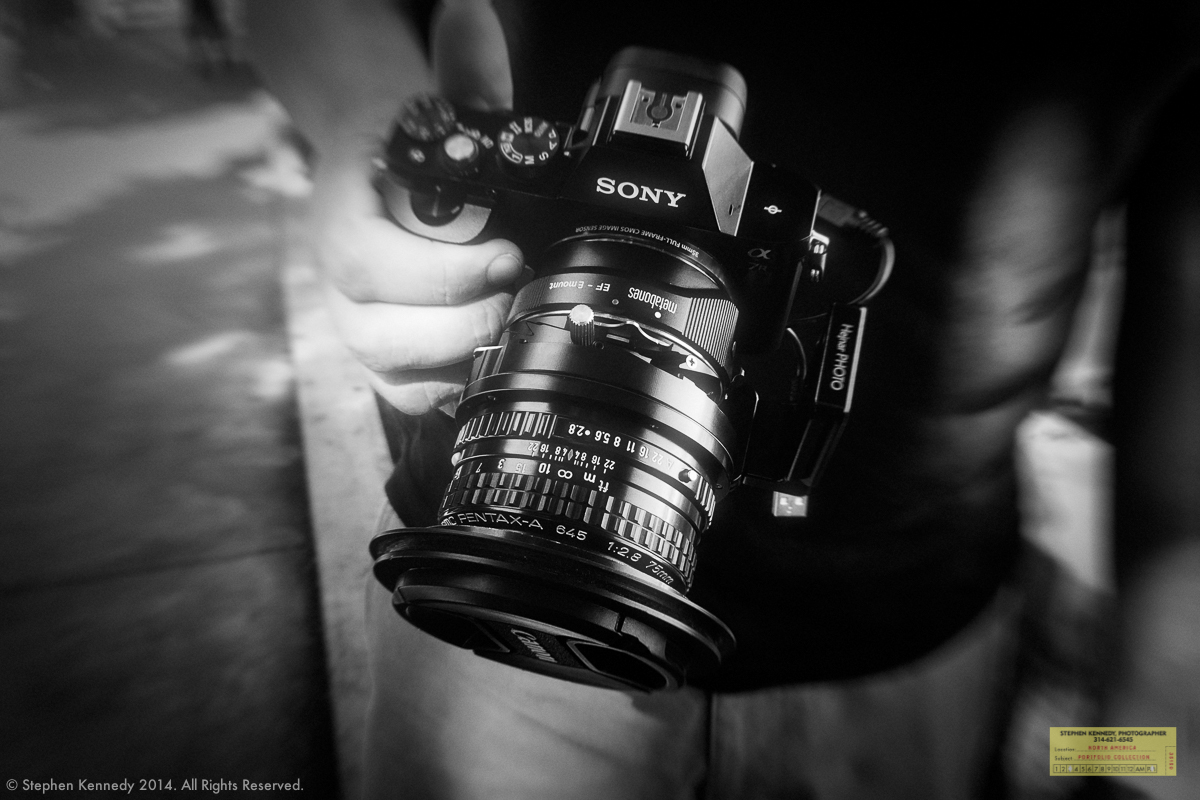 Let’s say you’re an experienced architectural photographer. Let’s also say that you have some art school cred from a prestigious institution. Finally let’s say that like most photographers you have a fascination with equipment that borders on obsession. If that’s the case you are a lot like Eric Staudenmaier.

Eric is an Los Angeles-based photographer and a poster child for all things compelling in the “tools of the trade” department.

The photograph above shows a perfect meld of modern and vintage with Eric’s current primary system.

The Sony camera is a megapixel heavyweight and the manual focus lens is from the storied Pentax 6×7 system and the adapter is from a machine shop in China, which are churned out at a price that’s less than lunch at Applebee’s. The Canon lens cap is a nod to function over form which is another hallmark of Eric’s process.

The ability to buy lenses that were once so unaffordable and adapt them for digital use is a dream come true.

One location, one million options
Scroll to top