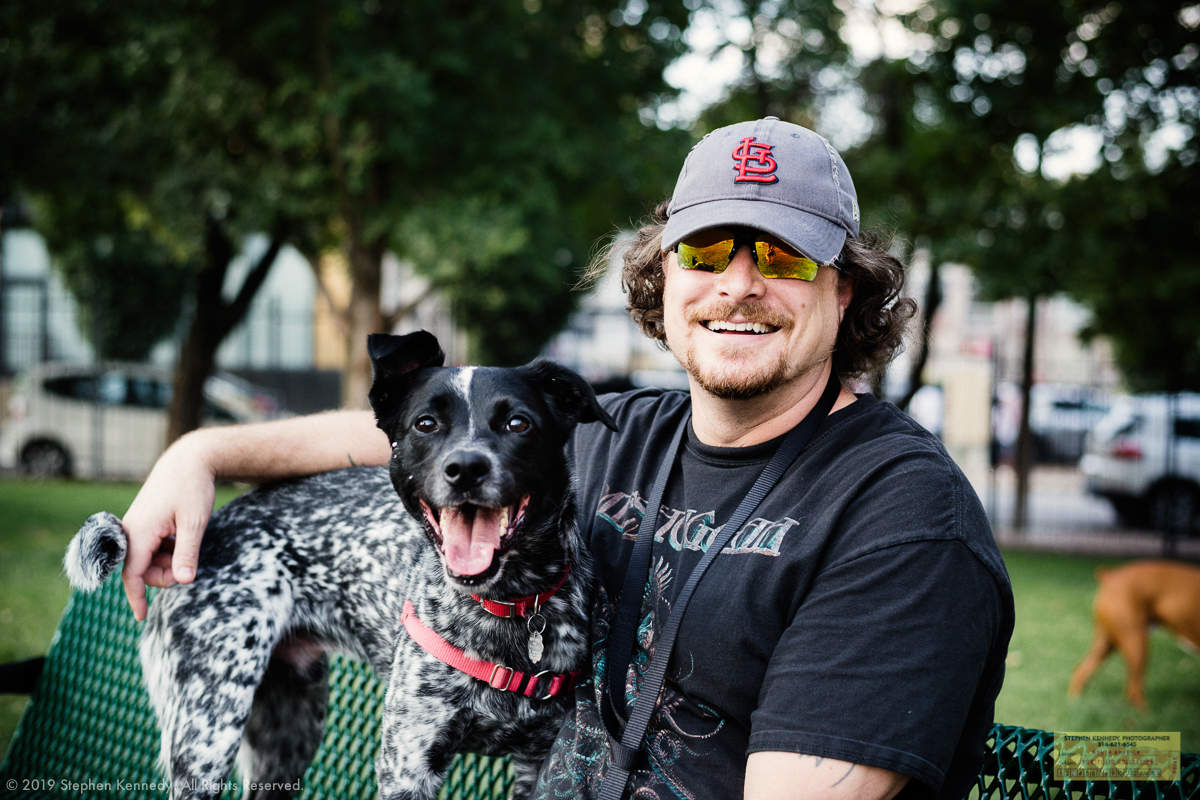 One near-universal trait of dog owners is that they never object to having their photograph taken with their beloved pets.

I have the evidence to prove it. This portrait taken near St. Louis University was my first editorial gig for a bunch of genial dingalings posing as journalists.

The work I created for that weekly newspaper really resonated with them. Or so they told me. Yet somewhere along the line, their senses left them when it was time to put my name on the work. By that I mean they credited the work to someone else.

Oh well. That’s not the worst thing that has ever happened after a project was delivered.

Nobody in their right mind does editorial work for the fame or the money. Neither exists today.

A nice portfolio of dogs and their owners is its own reward.