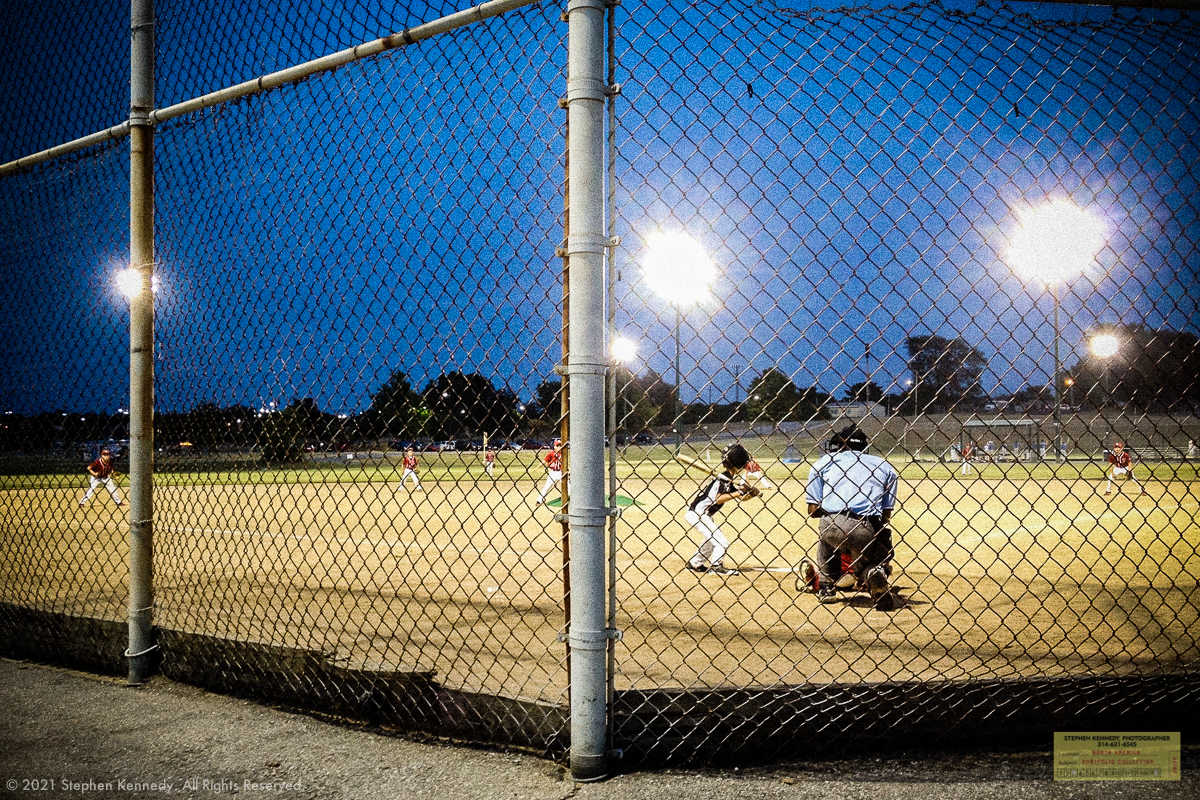 Telling a story with a camera is the milieu of photojournalism and also for documentary photography. However, these are not the same.

Each category has its own rules and customs. Their practitioners rarely cross paths.

It’s easy to sum one up as long-form and the other instant for a news cycle. The same goes for declaring an art or craft winner. It’s not a contest.

Back in the film era, I knew creators in both fields. It always amused me that one wanted just one thing that the other had. Photojournalists wanted time and documentarians wanted wages. I’m not sure if that’s still the case in the digital world now that both pursuits have so radically changed.

What I do know is that it’s still possible to tell a story with a picture.

Like this one taken on a warm summer night, when some young amateur athletes met on a field to play a game that so many know and love.

There was something about this boy’s stance juxtaposed with all of the other visual elements that made me reach for my camera to document the moment.