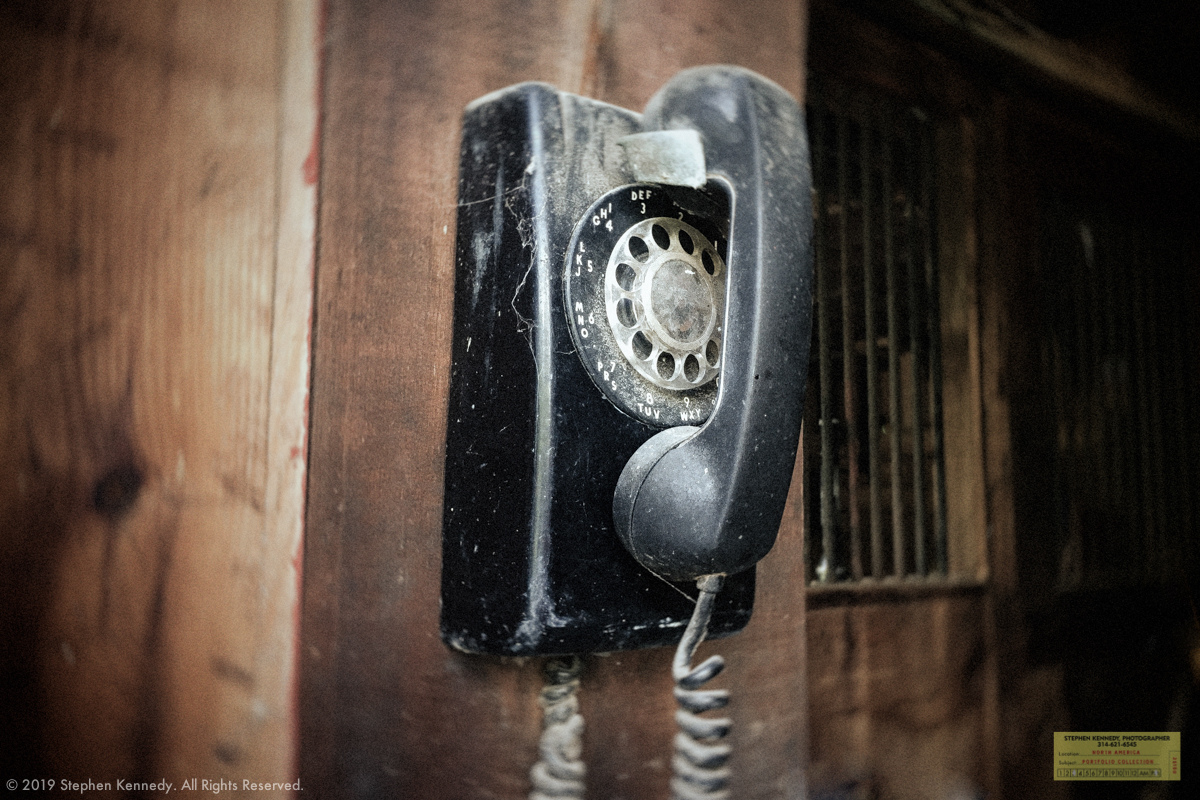 Behold, one of the greatest inventions of all time.

It’s the original social network. It was invented by a genius and implemented with ruthlessness.

This hardware has a near-zero failure rate. It operates with no boot time. An instruction book is unnecessary.

For the longest time, it needed no upgrades or enhancements other than lengthening the cord.

Now those cords are being cut. What once was so mighty is now nearly obsolete. The speed at which people are abandoning this technology is astounding. Paradoxically, it’s encouraged by the “phone companies” themselves.

Not content with their guaranteed revenue dollars, telcos allow hucksters with autodialers to ruin a great technology so they can capture a few additional nickels.

I still have a landline, but not for long. That’s because nearly all the calls coming in are junk. Unlike a CEO, I spend my own money which means the consequences of getting nothing for something matter.

This working phone is affixed to a barn wall in Holley, New York. It still works, just like the Erie Canal that passes through town.

Yesterday I photographed both of these technological marvels with my own high tech tool, an iPhone.