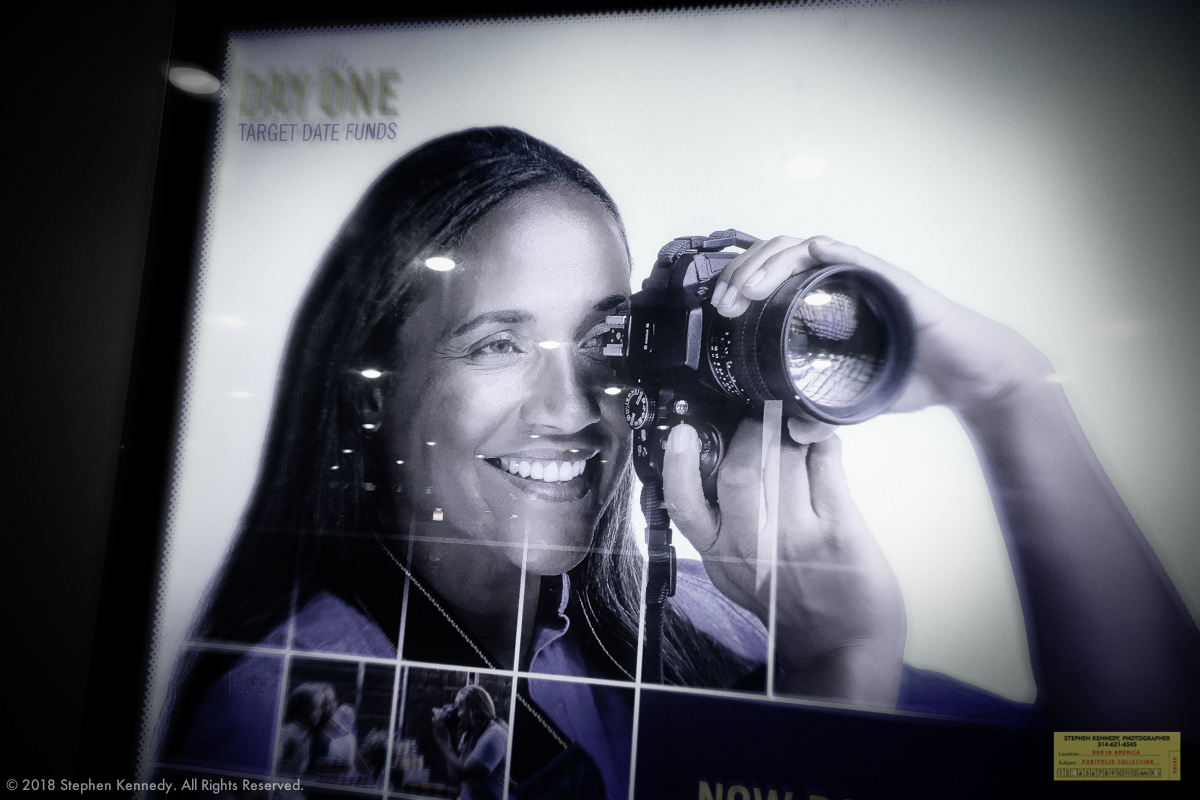 There seem to be a million incorrect notions about how a pro photographer works.

When I was young and working as a photojournalist the biggest stereotype was based on a TV character named “Animal” who was the only photographer on the staff of a big city metro newspaper. Typically there’d be 20 staff shooters.

I’ll spare you my criticism of the hundreds of times in which a fashion photographer is portrayed. Let’s just say that this Hollywood trope will probably never go away.

No matter how accurate the portrayal of a real photographer was, the tell that it wasn’t true to life was the way the camera was held.

This photograph that I saw on an airport screen is a perfect example.

One thing that is true to life is the smile. Because making a living with a camera is a real joy.