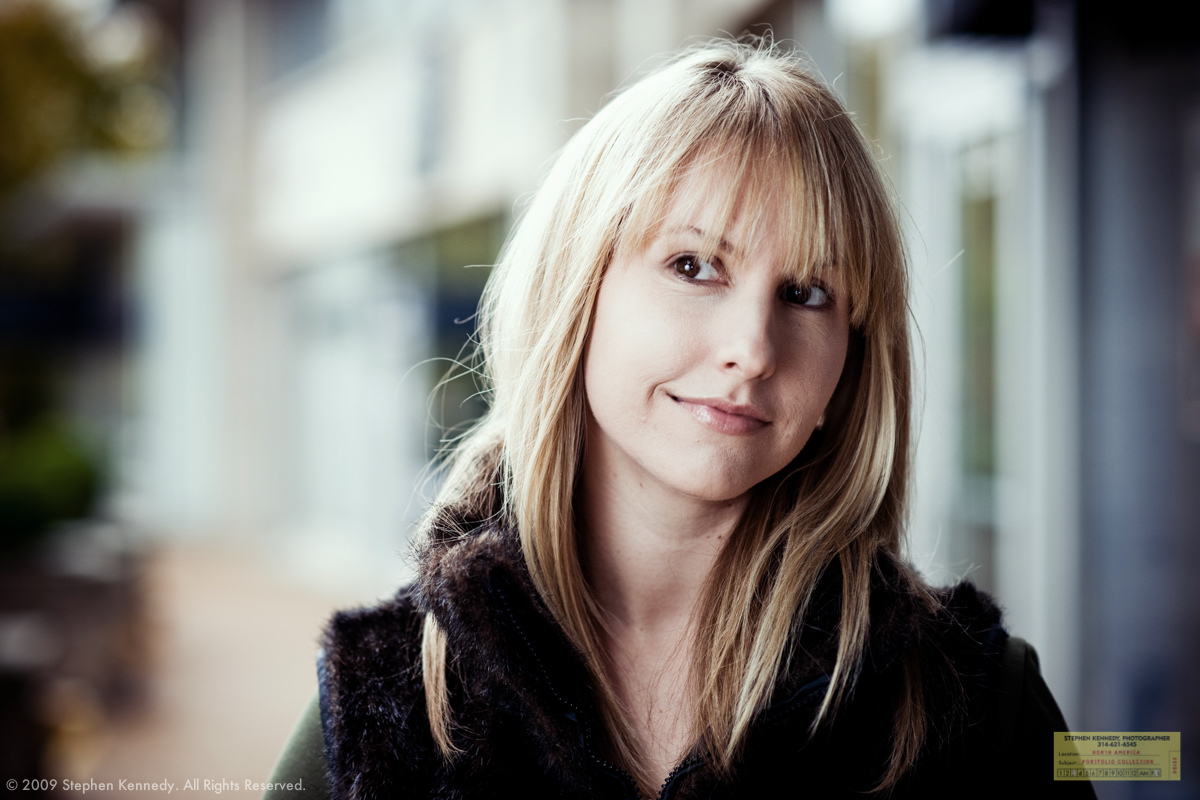 One of my greatest pleasures is to see someone again who had once been in front of my camera.

This can be an in-person crossing of paths like the time I saw a scientist from San Diego board my flight in Houston. On a late-night trip to the grocery store a few years ago, I ran into the COO of a publicly-traded company walking down an aisle without a cart eating frozen yogurt. Ten years after photographing a young woman in Illinois, we met again at a Thai restaurant in Boulder. She was the sarong-wearing hostess and I had just photographed some camping products in the foothills.

Naturally, I re-introduced myself each time and it resulted in smiles all around.

This portrait of Angela was from the second of the two sessions we’ve had so far. Years later, when I read the New York Times story about her St. Louis wedding, I was thrilled to see her again.

Even though I didn’t see her in person, I was transported back to this outdoor moment.