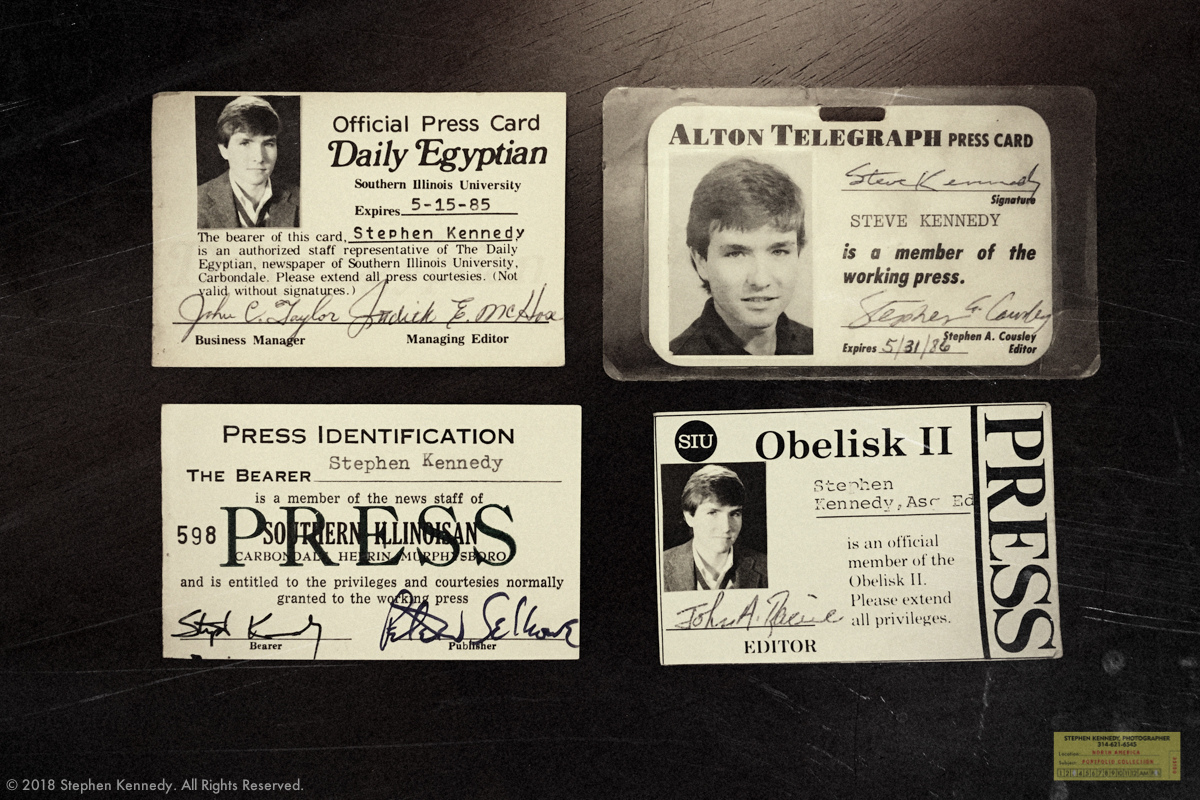 Shortly after turning 15 back in 1980, I had my first paying photography assignment.

It was for the now-defunct Alton Citizen, a weekly newspaper in my hometown of Alton, Illinois. I was paid five dollars after the photo was published two weeks later.

That five dollars in today’s money would buy a decent lunch at Applebee’s and is actually way more than most mainstream news sources would pay for the same shot today. Of course, they’d ask to have it for free before considering paying a cent.

After a while, my weekly assignments became daily assignments for different newspapers and for wire services like Associated Press and United Press International. I was also doing magazine work, which paid real money for a kid living at home.

Not only was I making better money than my buddies who were deep frying chicken and stocking grocery shelves, I had the added street cred of being able to flash my press pass when the need arose.

Actually, that need never arose because the reality was that my ability to do my work as a journalist was based on the fundamental First Amendment right of free speech instead of the false authority of a laminated card.

The irony of it all was that a teenager who looked 13 at most, needed a completely different skill set to work as a photojournalist. The mere issuance of a press card had no measurable effect on that ability.

I’ve always loved the anecdotes about “reality distortion field” that was routinely used by Steve Jobs to get his way and to convince people to do his bidding.

Let me suggest that when I was a teen, who looked like a pre-teen, I had some measurable persuasion skills that allowed me to convince the world that I had all the credentials and permissions to do exactly what I needed to do as a professional journalist.

Capturing the moment
Scroll to top