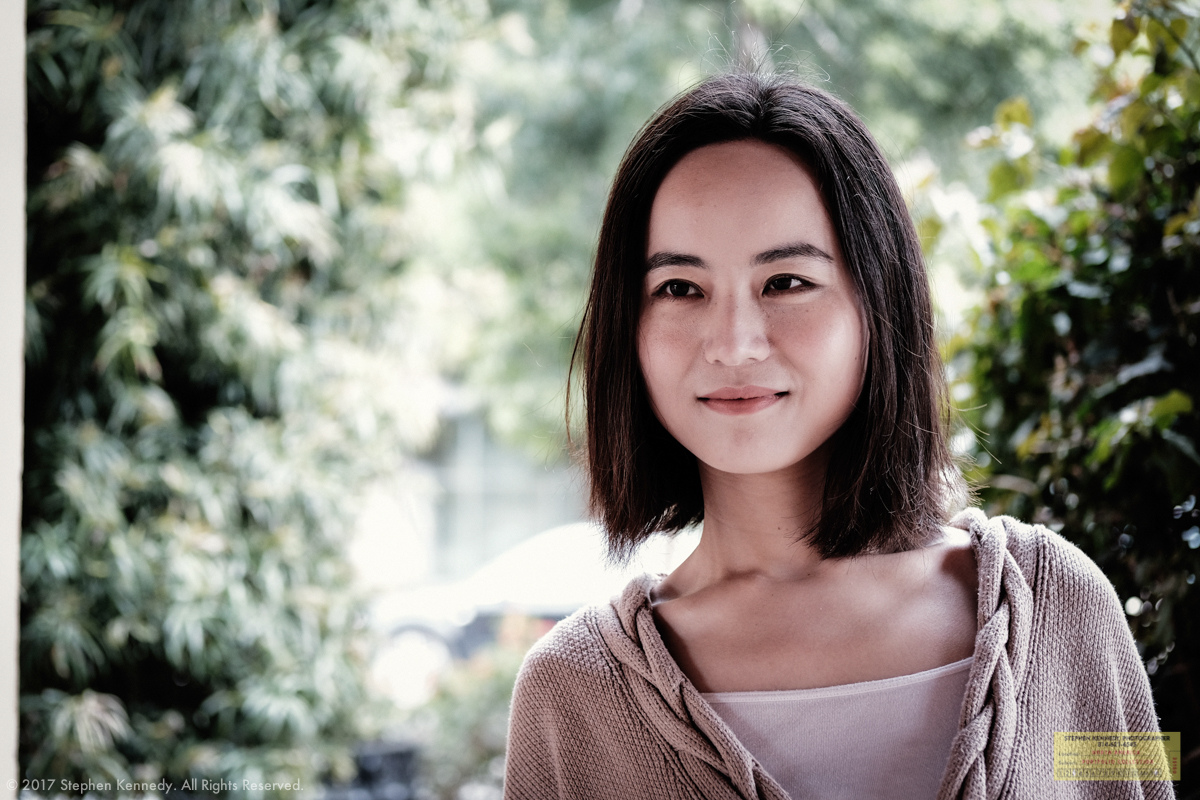 My starting point in photography was as a newspaper photojournalist.

That’s where I discovered that there were many unwritten rules that straddled the realms of practicality, speed, and journalistic ethics.

Many photographers struggled with these constraints and found themselves washed out of the business. As an attendee of Catholic schools, I was well-versed in a world of paradoxical, nonsensical and conflicting dictates. That kind of educational background was a perfect foundation on which to build my journalism orthodoxy.

The fundamental rule of photojournalism is to be objective when capturing a moment. That’s all well and good, but photography isn’t an objective medium. Just by lens selection alone, a moment can be captured in a way that can completely misrepresent the situation.

This portrait is a perfect example. What looks like a bucolic garden setting with a serene young woman, was actually captured in a strip mall near the San Diego airport.

My subject was having a bout of anxiety after arriving at the wrong session location. We traded calls and texts about the snafu and she wanted to postpone. I told her to just stay where she was and I would come to her. She replied that she was in a strip mall that wasn’t suitable as a portrait location.

I implored her to stay put and assured her that as a former photojournalist I knew how to get a great photograph no matter the conditions.

By using a short telephoto lens I was able to isolate a bit of “found” scenery with a very tight composition. By employing some carefully spoken words, I was able to bring the subject’s attention back to the creative aspect of the session.

Maybe if this photograph was used to illustrate a news story it would be a distortion at best or a manipulation at worst.

But this is art and those rules don’t apply.

Unlikely and Enduring
Scroll to top