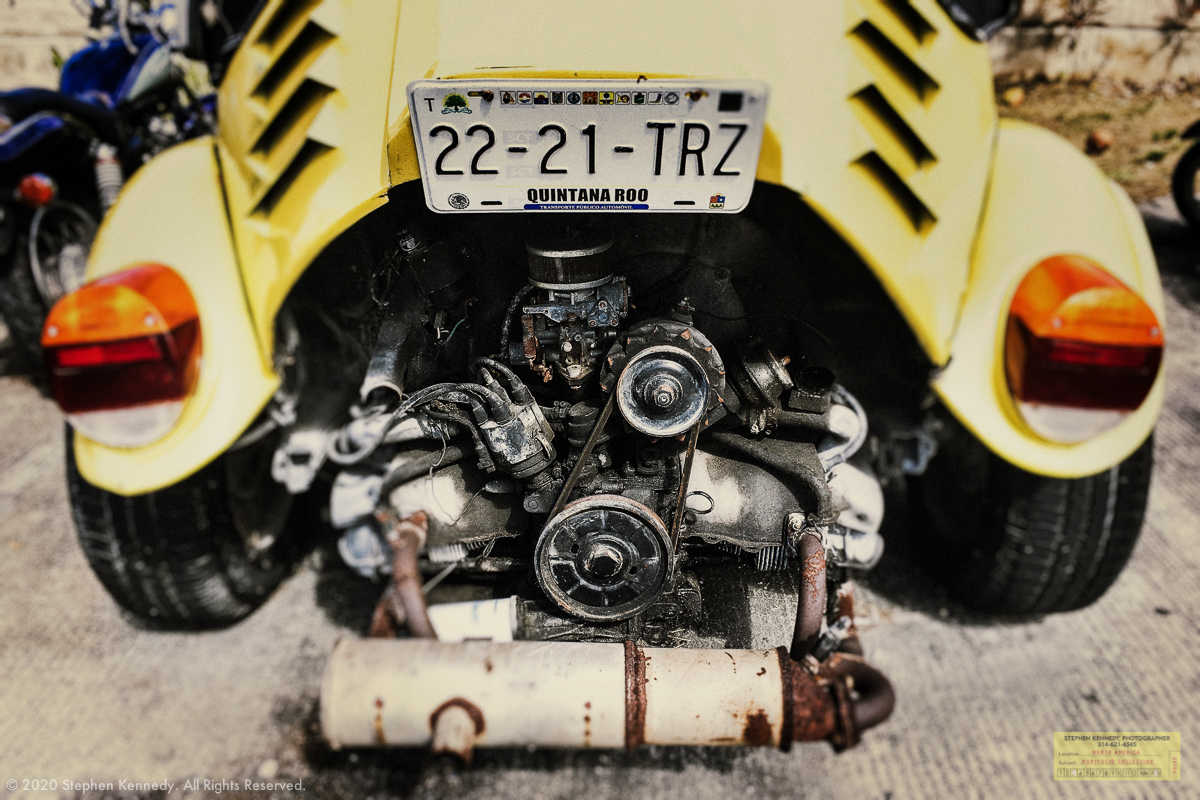 My mechanical skills are much more theoretical than practical with just the occasional ability to diagnose a problem. By that I mean if a car won’t start, I can refer to the “fuel or fire” checklist and by narrowing it down to an empty tank or a dead battery.

I look forward to the day when I own an electric car in which on or off is the limit of the required problem-solving.

There was once a ubiquitous car that had an engine based on simplicity. It was the air-cooled VW Beetle. While the car is complexity’s foe, it’s also no friend of safety or comfort.

Few Beetles exist here anymore. The numbers in Mexico are dwindling too.

There will always be some that will refuse to go quietly, not that any of them ever operated in silence.

In the state of Quintana Roo in Mexico, I found one still serving proudly though not in a way that included having me as a passenger.