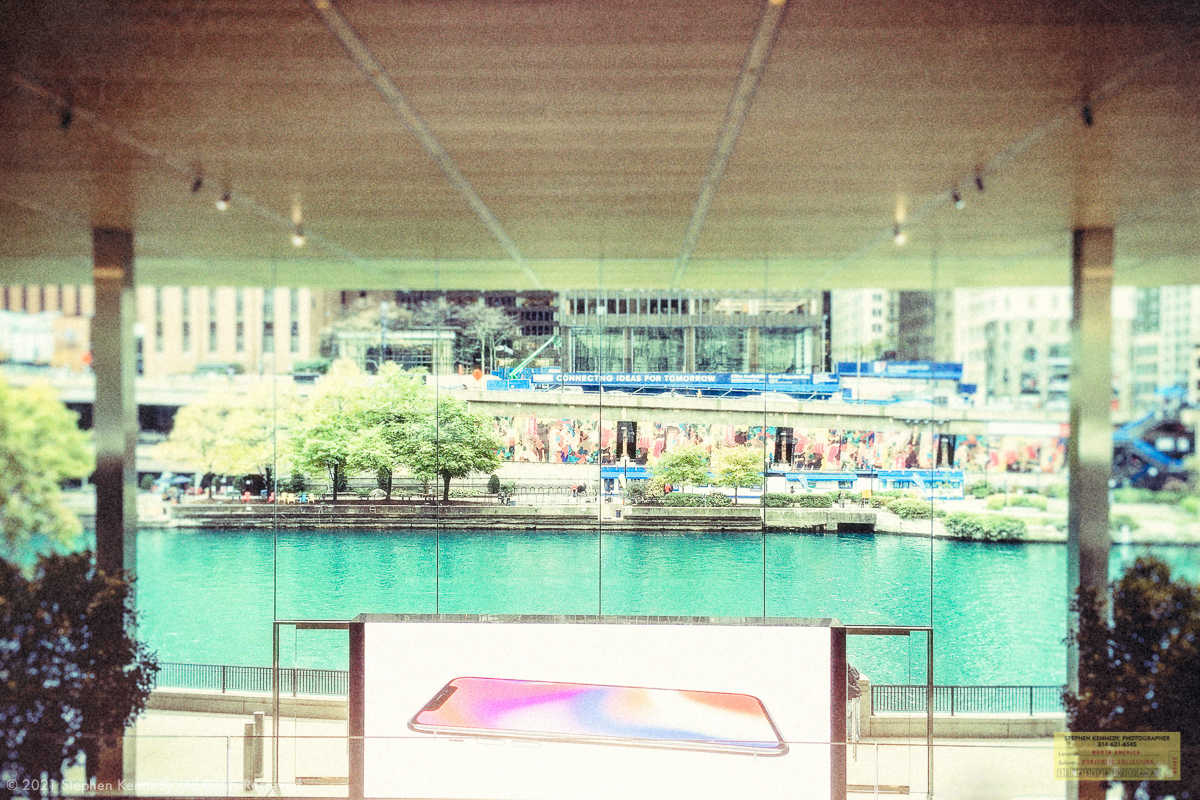 This temple on Michigan Avenue is a shrine to technology.

Within its walls, you can worship the religion of a pocketable supercomputer that will make all of your dreams come true. Some might say that it’s a false god. But find me a deity that can work as fast as saying, “Hey Siri, play Runnin’ with the Devil by Van Halen.”

If you look beyond the alter in the photograph, you’ll see a far less sexy wonder. I’m talking about the Chicago River which was enhanced by technology in the 19th century. Like many other rivers, it was widened and deepened. In an affront to God and nature, this one was made even more useful by having its direction reversed.

The effects on the residents of the city were profound and still pay dividends today.

It’ll be interesting to see if the tech of the moment has similar longevity as this watershed.

Man of the Year

Between Doubt and Certainty
Scroll to top