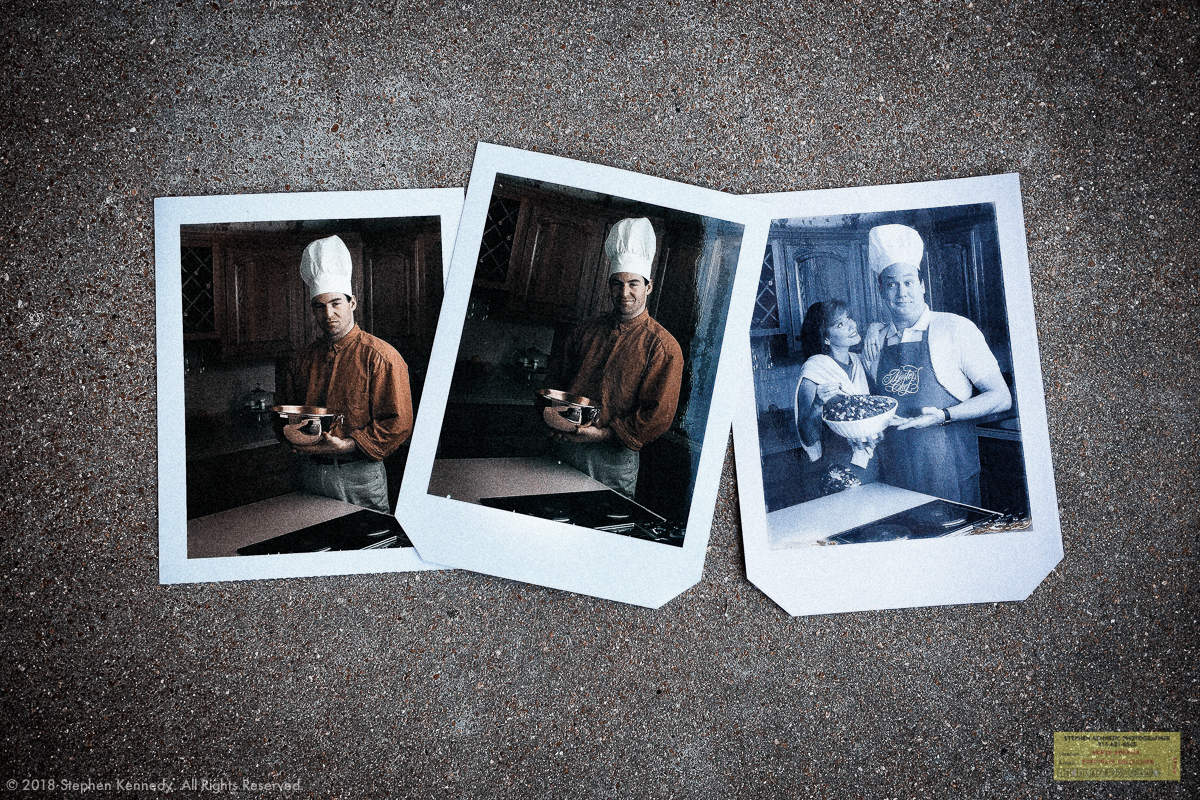 The 1990s wasn’t just a celebration of mullets and acid-washed jeans. For advertising photographers, it was a movable feast of non-stop projects.

No idea or concept was too strange to illustrate.

Most things that came came my way were pretty straightforward. There were lots of product shots. The most fun and lucrative ones were illustrated scenarios to sell a good or service.

This one was for Chex Mix.

All the tropes of the day are visible in these near-final Polaroid proofs.

A modern (circa 1991) suburban kitchen, crisp attire that nobody would wear at home. A schlubby dad-type with a beautiful wife who seems to be out of his league.

The glue that bound it all together was the bowl of “hero” snacks that someone spent about two hours gluing together.

The fellow in the rust-colored shirt was my assistant who was also the stand-in for the lighting setup. The joke of the day had to do with the chef’s hat. That’s because where I grew up, the slang for a boy running around with underwear on his head was called chef hatting.

I never forget just how lucky I’ve been to make my living with a camera. Fun and goofy projects like this one made it even more memorable.

The Greenest Season
Scroll to top