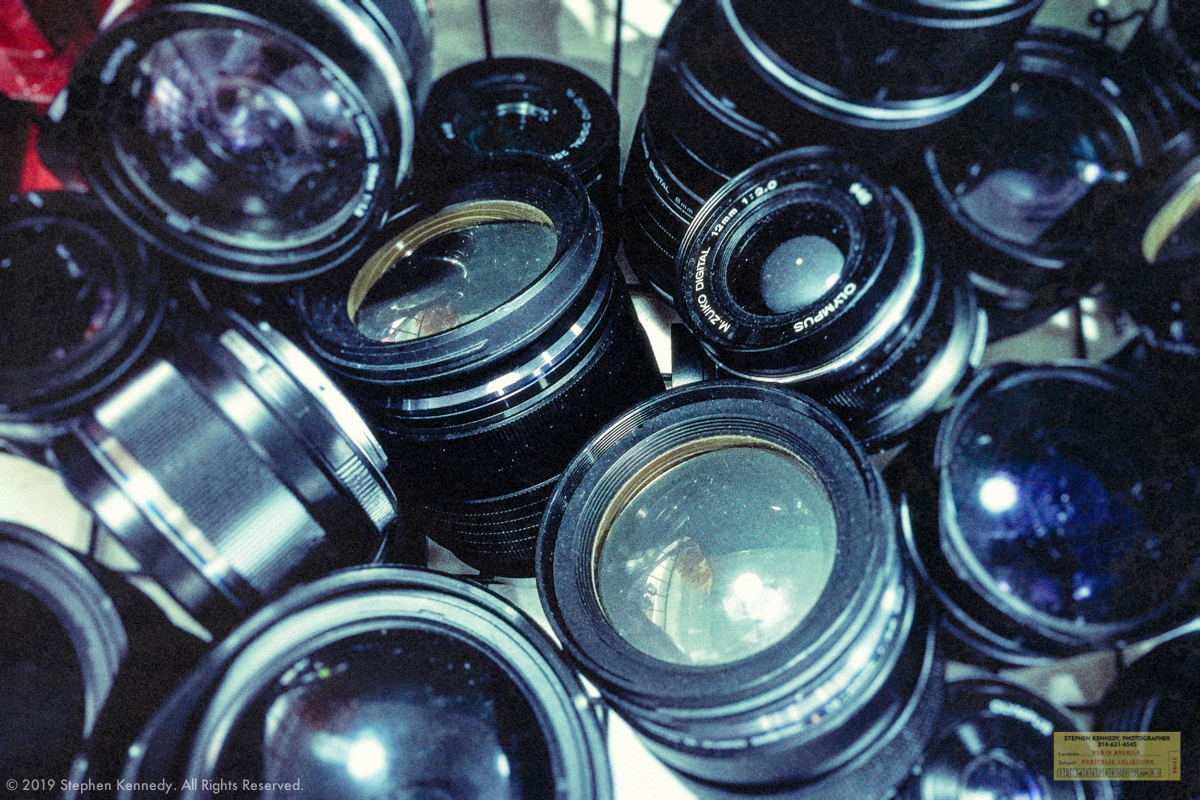 Creve Coeur Camera (CCC) is soon to be no more. This wasn’t just the only camera store in my suburban town, but one of only two pro shops in the whole St. Louis area.

It’s abundantly clear that the 20th largest city in the USA, with a metro population of about 3 million people, can only sustain one serious camera store.

Thanks to an interesting project coming up, I was keen on getting a second-hand macro lens. I went to the CCC website and it wasn’t working so I decided to head over and look around. Apparently, there weren’t enough people who were heading over and buying.

It was a sad sight when I approached the store. The “going out of business” signs were everywhere and I immediately understood why their website was funky.

They’re selling everything in the place including fixtures and it looks like they’ll be closing the doors for good any minute now.

Even these odd Micro 4/3 lenses were being sold as a single lot.

Unfortunately, there were no macro lenses remaining.

Maybe it’s ironic that the project needing the macro lens could realistically be shot using the macro mode of my phone.