A guy I briefly knew 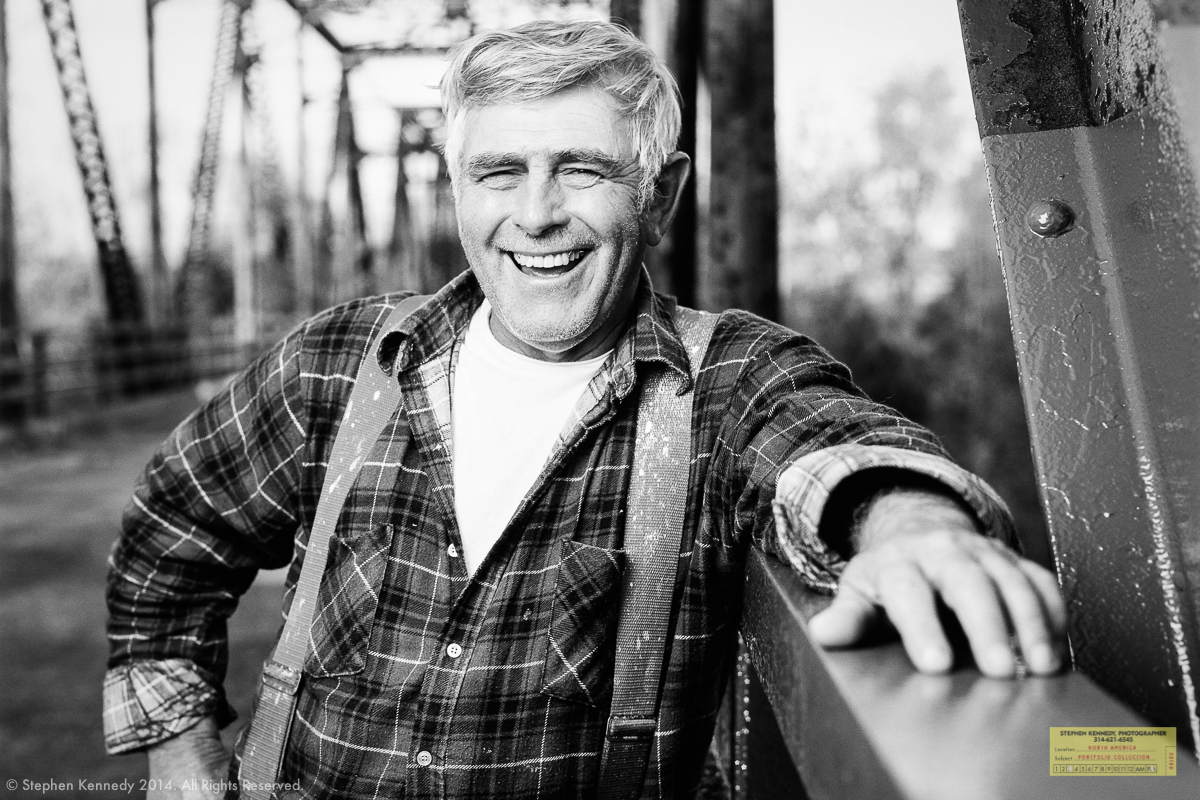 I introduced myself and told him that I was a photographer and I’d love to take his picture on the bridge. He said, “sure, but not today.” He agreed to let me come back a couple of days later. True to his word, he was ready, willing and able.

It didn’t take long before I had something captured that was even better than I had envisioned. The shoot didn’t need to last long which gave us some time to just chat and take in the view of Mississippi River under our feet.

We went our separate ways and I never interacted with him again, though I did follow through on my commitment to send him a print from the session.

I never forgot his kindness and willingness to indulge my artistic endeavor.

Two weeks ago I got an email from his son saying that he had recently passed away. Attached to the email was a cell phone snap of the print that I made for him after the shoot. His son was kindly asking permission to have the photo copied at a lab so that prints could be shared with the his surviving relatives.

I replied as fast as I could with a note saying that all seven of the very best shots from the session were now in the print queue and that those fine art prints would be in the mail this afternoon.

That was the least I could do to repay the original generosity and put my work in the hands of someone who will treasure it for a long time.

A lifetime of use