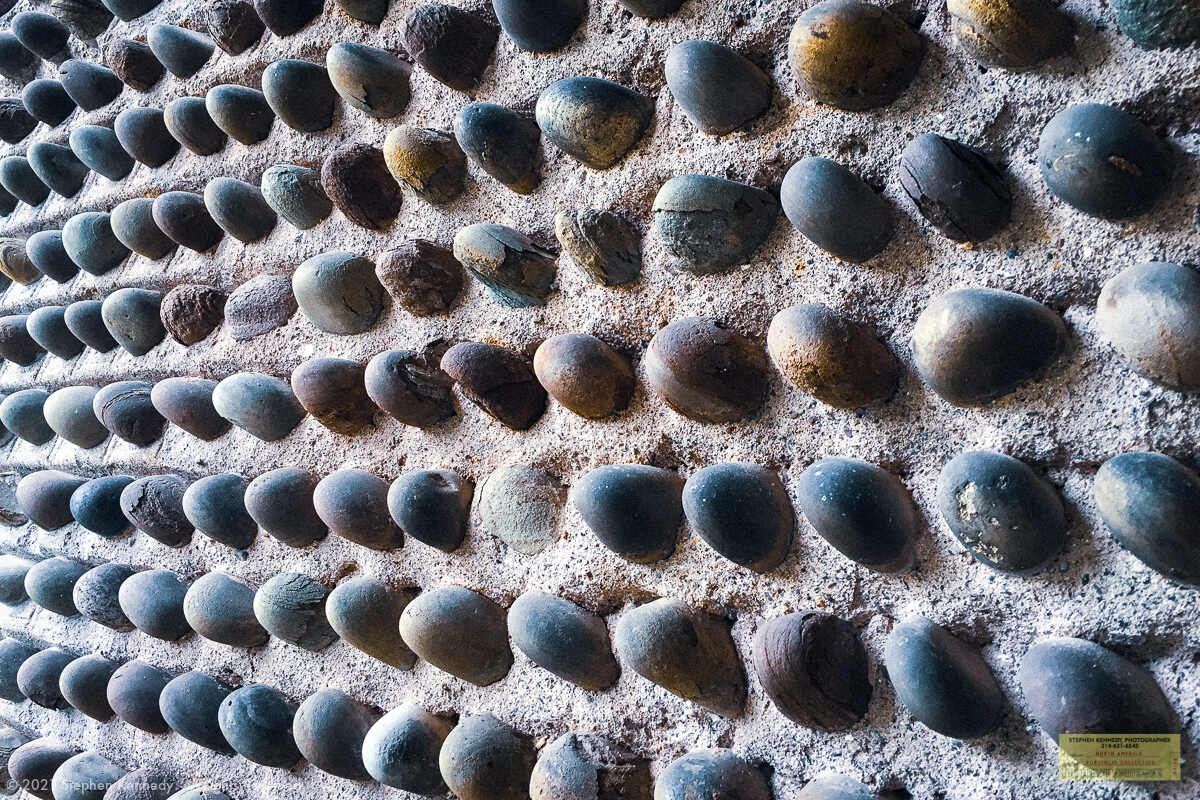 Pebbledash is a word I accidentally learned from my friend Paul in England.

He mentioned, in a long-ago conversation, that he was gearing up to pebbledash some fresh plaster on his mother’s house. Once I learned the definition, it became clear that this technology-obsessed architectural photographer was perfectly suited for the task.

The fact that he is a pretty good son to his mum was incidental.

From that point on, I kept my eyes open for similar exterior treatments. Nothing ever showed itself until I stumbled upon this outside wall of a farmhouse in Holley, New York. The embedded stones are the size of avocados. They are boulders by comparison to those in English pebbledash.

History can’t tell us if a nice son or daughter helped assemble this artistic flourish. I like to think that’s exactly what happened here.

Get Up, Stand Up