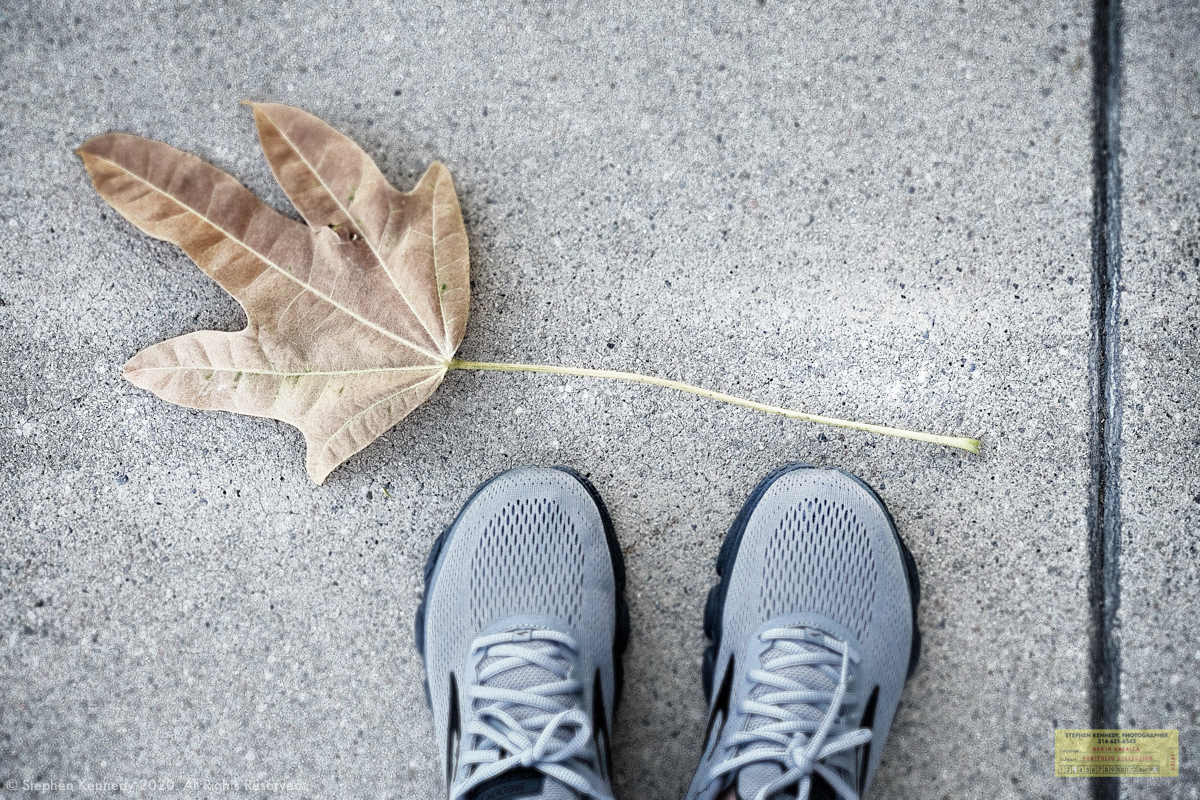 Recently my daughter came out of her Los Angeles apartment to find the windshield of her car spidered. There was a little note tucked under the wiper that shed some light on the event.

The author said that the likely culprit was a cone from the tree above the car and the same thing had happened to him recently.

As an experienced father, a claim that pine cone ruined a windscreen needed some corroboration. I got it today when I saw a similar cone on the ground. When I picked it up, it felt more like a fishing sinker than a seed pod.

Thinking it might just be a botanical fluke I threw it back down and went for a walk to clear my head. All I could think about was why a tree would be so cruel to an innocent Huyndai that gets 56 MPG.

Not too much later I crossed paths with this massive California leaf. I captured a few frames with my feet for scale so that if I ever get knocked out there might some evidence for an explanation.

Just to be safe, I’m sorting through the 90,000 results for helmets on Amazon while a 40-year-old song by the Police plays over and over in my head.

Once Around The Circle
Scroll to top